O’Sullivan’s First Law states that: “All organizations that are not actually right-wing will over time become left-wing.”

“Not only do Americans believe different things, they dislike their political opponents more than at any other time in recent memory. Indeed, the dislike is so strong that Americans tend to despise the other side more than they like their own side.

“Sports are perhaps the only significant cultural force to counter this troubling trend. America still watches the Super Bowl. The opening days of March Madness still cripple workplaces across the land. And when a home team wins a championship, the explosion of collective civic joy completely swallows politics — just ask the inhabitants of ‘Believeland’ after their miracle comeback against Golden State. “

“Social-justice warriors, however, can’t leave well enough alone. Is the trend now that major sporting events can only occur in progressive-approved locations? Will we now be subject to a parade of progressive-approved (and only progressive-approved) player demonstrations? And spare me any argument that our sporting culture is opening itself up to free expression. I’m glad neither the NFL nor the San Francisco 49ers are punishing Colin Kaepernick, but just ask Curt Schilling how much the progressive sports elite values dissent from the social-justice orthodoxy.” 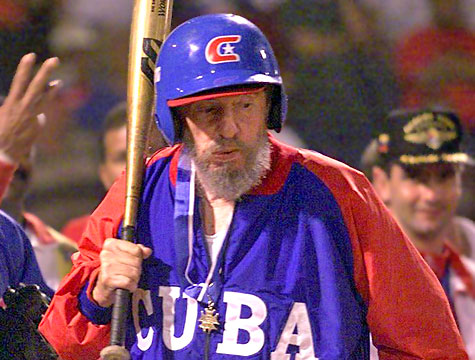 As with all institutions taken over by the Left, it is gutted and its skin is work like a body suit by a modern day Jame Gumb…

“End the neutrality, and you will — over time — narrow your audience. ESPN is already struggling with lost revenue due to cord-cutting. It turns out that when consumers can truly choose their channels, they often don’t choose ESPN.”

Consumers given a choice?  With politically correct regulators around?