Socialist presidents running cults of personality are part and parcel of South America’s history since their independence.  But from “Chavismo” in Venezuela, to Peronists in Argentina, the people might finally be standing up to these thugs. 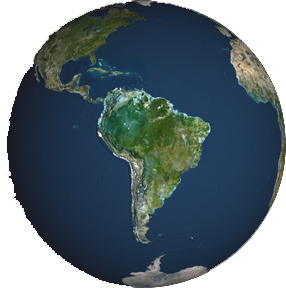 “[President] Fernández [Kirchner] has hoarded power and suppressed dissent. She has bent the central bank to her will, muzzled the government’s statistics institute and bullied the media. She has tried, less successfully, to suborn the independence of the judiciary. . . . The country is in danger of running out of reserves; the budget deficit this year is likely to be 6% of GDP; inflation is estimated at 25%; and growth is absent.

“She represents a phobia towards globalisation, similar to movements such as Occupy Wall Street in America or Ukip in Britain, anti-globalisation movements of either the right or left. For a long time, Argentina voted in that direction, but the mood has shifted to the point that Argentina now seems poised to vote in favour of a pro-market political force for the first time.”

In contrast, Macri trusts the free-market more than the machinations that the Peronists have used to destroy Argentina’s economy:

“Macri promised to reduce the state’s role in the economy and embrace more pro-business policies, as well as shift Argentina’s foreign policy away from close relations with the anti-American governments in Venezuela and Iran and better ties with the USA.

“He also wants to scrap currency controls and make it much easier for Argentines to change their local pesos into U.S. dollars, a move that would require the country’s central bank to increase its currency reserves.”

“Venezuela’s opposition trounced the ruling Socialists on Sunday to win the legislature for the first time in 16 years and gain a long-sought platform to challenge President Nicolas Maduro’s rule of the OPEC nation.

“The opposition Democratic Unity coalition won 99 seats to the Socialists’ 46 in the 167-national National Assembly, the election board said, with some districts still to be counted.”

The reason for the up swell against Venezuelan President Maduro is obvious:

“Critics say failed nationalisations, rigid currency controls, and hostility towards the private sector spurred the economic crisis and that it was then exacerbated by a global slump in oil prices. Venezuela depends on crude for 96 per cent of its export revenue.

“Many Venezuelans blame the economic chaos on Mr Maduro, who lacks the charisma and political skills of Chavez, his mentor and Venezuela’s leader for 14 years before his death from cancer in 2013.”

Similar to Argentina, economic reforms will be introduced:

“Coalition head Jesus Torrealba said the opposition would seek to modify the Central Bank law, in an effort to reduce indiscriminate printing of money that has driven the world’s highest rate of inflation.

“Though it will not have the power to radically overhaul the economy from the legislature, the opposition is also promising new laws to stimulate the private sector and to roll back nationalizations.

“The opposition also wants to pass an amnesty law for jailed opponents of Maduro when the new assembly begins work on Jan. 5.”

The transitions will undoubtedly be far from straight forward, with Kirchner already “creating as many problems as possible for the new government”.  Maduro is already machinating against the new anti-Chavismo legislature.

It will be a long road ahead, but steps in the right direction have been made.

Update: It looks like Brazil is inching closer to impeaching and removing their hard Left President. Hat Tip: kindltot.