One such flag is the Pine Tree Flag that was “was used originally by a squadron of six cruisers commissioned under George Washington’s authority as commander in chief of the Continental Army in October 1775.” 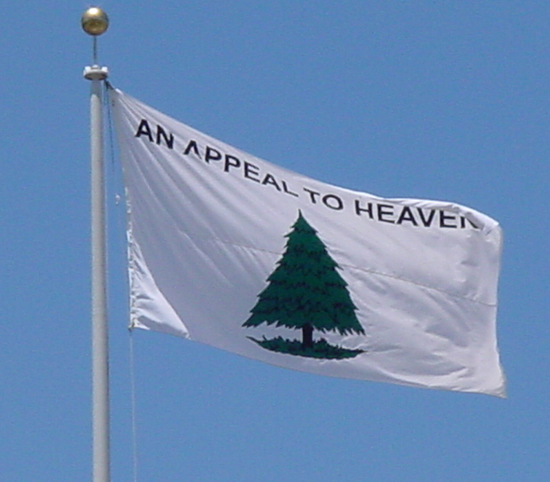 “The phrase is a particular expression of the right of revolution used by British philosopher John Locke’s in Second Treatise on Civil Government which was published in 1690 as part of Two Treatises of Government refuting the theory of the divine right of kings.”