Danger Defined by Resemblance to a Gun

The now infamous case of a 7 year old being suspended for eating a pastry such that the uneaten portion vaguely resembled a gun raises the question: Does anything that vaguely resembles the shape of a gun a clear and present danger to the safety and security of students?  For the “zero tolerance” nutjobs, it is clear that everything from stick figures to fingers, and now pastries, are dangers capable of causing death and destruction.

The logical thing would be to restrict the options for punishment by school officials against students who draw guns or have things vaguely shaped like a gun.  Until such sanity finally overtakes the “zero tolerance” crowd, here is a chart of dangerous objects to not have in order to avoid the wrath of those “zero tolerance” idjits: 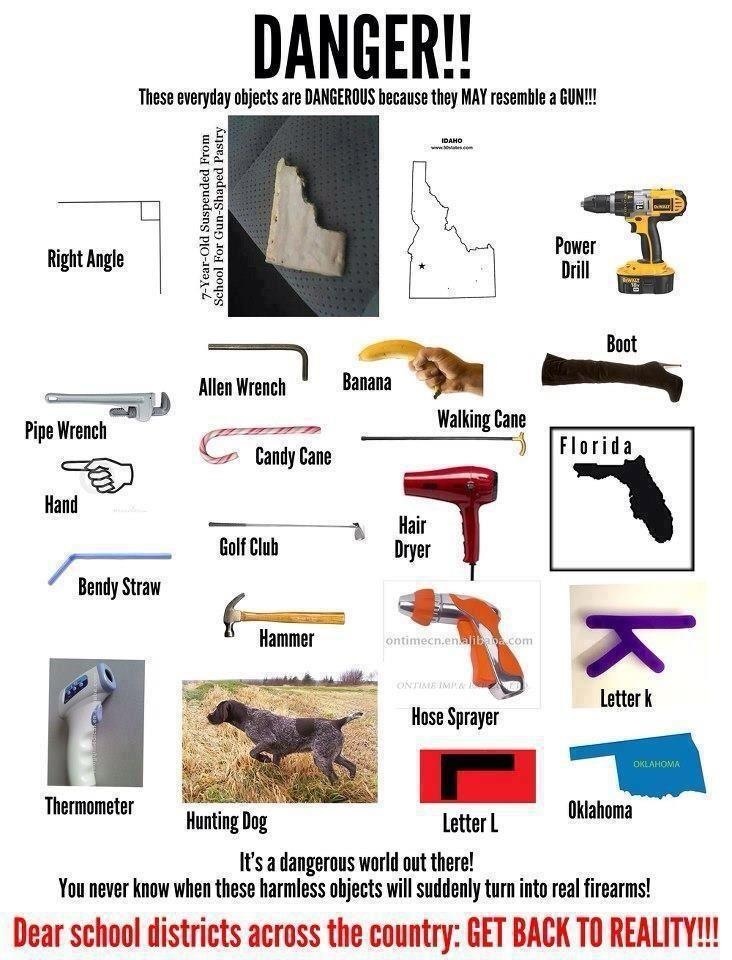 Of course, the schools would probably prefer outlawing “assault pastries” and “assault fingers.”   What the difference between a regular finger and an “assault finger” would be is anyones guess…