Demonstrating just who is really in a position of privilege and power in the United Kingdom, look no further than who their police serve in their “hate crime cars”.

“Police are replacing patrol cars with ‘hate crime cars’ to encourage people to report incidents such as social media comments.

“Deputy Chief Constable Julie Cooke said that the cars painted with the police insignia and rainbow designs are now ‘part of our vehicle fleet’ and will be driven daily by officers on patrol.

“Describing them as ‘hate crime cars’, she said that forces are ‘always replacing vehicles’ and they get the police insignia and ‘there will normally be then something added on that is to do with the rainbow side of things’.

“A spokesman for the NPCC said that they did not have figures on how many had been painted as forces operate independently and it is up to individual forces how many cars they want to convert.” 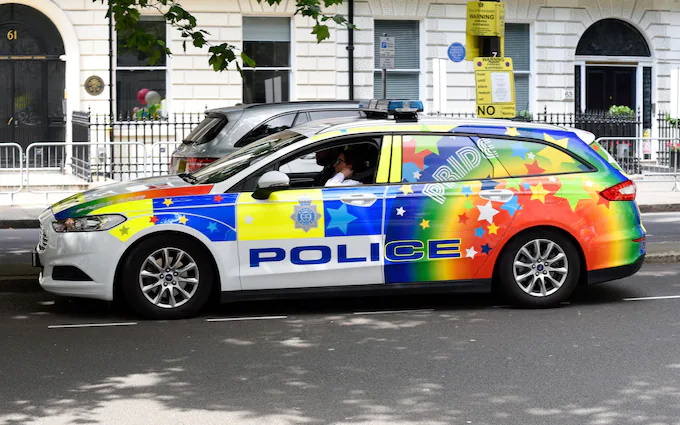 Surely they need vans for these thought police outfits? pic.twitter.com/Aye2rlzcl4

One Response to Clown Cop Cars