“Social Justice” has advanced in all its systemic privilege and systemic power to outright say that the mere existence of Whites as students who contribute to a schools “total whiteness” score is inherently bad and that denying students admission because they are White is a laudable “justice” goal. The veritable Christopher Rufo yet again shows this “Animal Farm” thinking:

SCOOP: A University of Dayton professor is now ranking law schools according to their "total whiteness"—and demanding that they eliminate "excess whiteness" from their campuses and programs.

Here's how it works. 🧵 pic.twitter.com/hhNJtNuUja

According to the report, called "The Whitest Law Schools," 94% of law schools have reduced their "total whiteness" in the past 15 years. The goal is to measure and encourage additional year-over-year reductions in "Whiteness points." pic.twitter.com/HTDhsAk4kC

Aside from the fact that the law in the United States (and the rest of the Anglo-sphere) is based on Common Law that was developed by…Whites so White they were literally Anglo-Saxons, the idea that that legal inheritance can be improved or harmed by the mere color of a law student’s skin is and ought to be repugnant not just morally but to the very essence of the law. 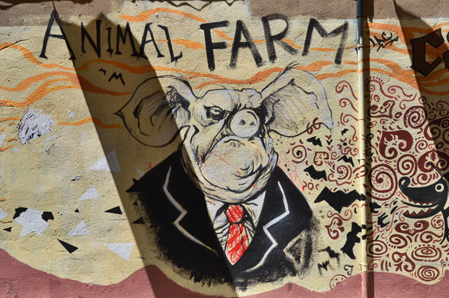 And they will destroy anything and everything, including academic integrity, in order eliminate “excess whiteness”.

The professor recommends that schools reduce "whiteness" by eliminating standardized test scores in admissions and competitive grading in law school courses. In addition, schools should enact explicit race quotas for the "elimination [of] excess whiteness." pic.twitter.com/tnNYa1Ed3Y

The mission of this program is to measure students by skin color rather than academic achievement. The language of the report is gleefully dehumanizing—applied to any other race, it would be instantly condemned. Law schools would be wise to reject this mode of thought.

When “justice” becomes qualified by the word “racial” or “social”, it isn’t.