One of the adages that sadly tends to be far more accurate than not when it comes to state legislatures is the “no man’s life, liberty, or property is safe while the legislature is in session”. 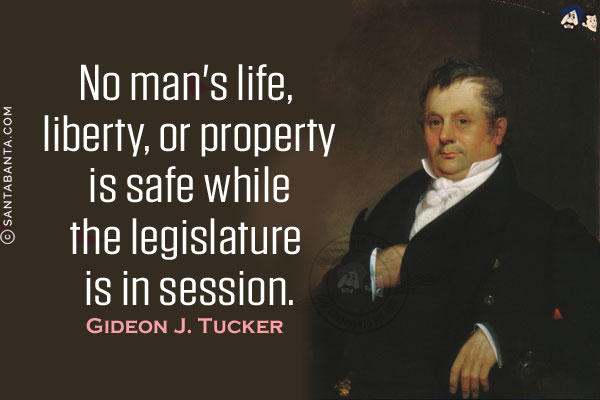 The Nevada Legislature is no different these days, especially when it comes to gun rights.   Democrats have introduced an anti-gun bill, AB286, that would prohibit home-made guns, but more frighteningly could turn law abiding concealed carry weapon permit holders as well as anyone who open carries a handgun into felons and deny them a fundamental Constitutional right. Specifically:

But business owners ought to have the right to prohibit guns in their own businesses, some may say.   The thing is… businesses already have the right to prohibit guns and kick out someone carrying a gun.   What this bill does is impose sever criminal penalties against people who are trying to obey the law due to the badly written language of the bill.

The criminal penalties kick in once a person has been “warned by the owner, operator or agent that the person is prohibited from possessing the firearm on the covered premises”. The problem is that posting a sign “in a conspicuous place at the covered premises” or receiving a document at a public accommodation facility is the only warning, without defining what a “conspicuous place” is or require the sign itself to be conspicuous!

To make matters worse, this “covered premises” includes the entire property, including a parking lot, and even potentially common areas of residential properties.   Furthermore, there is no requirement that the “conspicuous place” be viewable before on enters into or onto the “covered premises”. A person who has to enter into or onto the premises to even potentially see the warning will, according to a broad yet possible reading of this bill, become a criminal automatically without warning, potentially becoming a felon even if they did not see any warning because it wasn’t viewable from the part of the property a person enter into or onto, or if they immediately leave from said property after seeing the warning. This would have the effect of dissuading people from legally carrying even in non-prohibited businesses for fear of unwittingly stepping on a the property of a “covered premises” that did not post a warning viewable from without said property.

The first committee meeting for the bill can be viewed hereor below:

The text, as introduced, can be read here or below: