Nevada’s own “Napoleon XIV½” Jon Ralston threw a temper tantrum on his blog about how Sen. Dean Heller’s office was sooo unprofessional.  Why?  Because Heller’s office had better things to do than to cater to (yet another) malignant narcissist, who is not above belittling the accent of an immigrant.  He is the textbook description of someone with a Napoleon complex, abet in the case of Ralston it is more of a Napoleon XIV… and a half… complex. 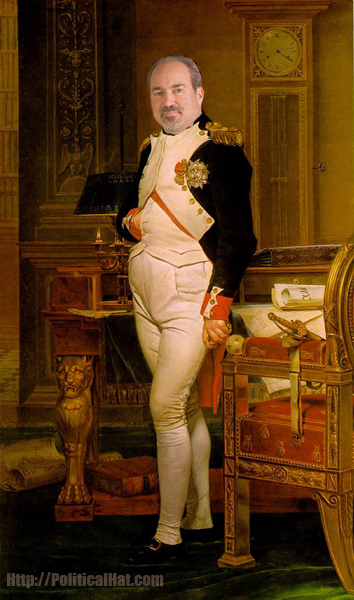 Ralston accuses Heller’s staffers of being “an embarrassment” because they ignore a hostile man who writes for a “charitable insert” (AKA the Las Vegas Sun).  Heller’s office has removed Ralston from the news release list that is sent to real news journalists.

Heller’s office, regardless of your humble author’s opinion of his politics, has been excellent, and his office has always response when an inquiry is made.  Ralston is just upset that he isn’t being treated like a real journalist like the big boys.  Clearly Heller is only guilty of not polishing the ego of a “journalist” whose “news show” has cratered in the ratings.

As they say, “haters gonna hate.”

This entry was posted in Elections, Uncategorized and tagged FAIL, Nevada. Bookmark the permalink.