Look For The Union Rent-Seeking

California inches towards its purported workers utopia of leisure and fulfillment. And by “utopia” I mean crushing businesses by requiring them to pay the same amount of money and benefits for 80% or the work.

“A proposed bill winding its way through the state Legislature could make California the first state in the nation to reduce its workweek to four days for a large swath of workers.

“The bill, AB 2932, would change the definition of a workweek from 40 hours to 32 hours for companies with more than 500 employees. A full workday would remain at eight hours, and employers would be required to provide overtime pay for employees working longer than four full days.”

So generous of the Unions to include non-unionized workers! Oh, wait, this applies only to non-union workers!

“Of course, not all of those businesses will have to follow this new law. If you want to see the real political sausage-making in action, look no further than the fact that all unionized workforces or those with collective bargaining agreements are exempt from the new law.

“So what about the non-unionized shops? There’s a reason that the California Chamber of Commerce already added this bill to its ‘job killer list.’ The legislature clearly doesn’t have a solid grasp on how either business or employment works, likely because most of them have never worked at a real job. If your employer was able to get everything that they need to get done to remain profitable taken care of with the output of all of its employees in 32 hours each week, one of two things would have happened long ago. They would have either laid off one-fifth of the workers (possibly including you) or they would have gone bankrupt due to being noncompetitive. (In which case you would all be out of work already.)”

This is a bald-faced attempt to force unionization on companies as the “easy out” to crippling costs. Of course, some companies might just fire people and hire them at 80% of the wages… or just move to another state altogether. 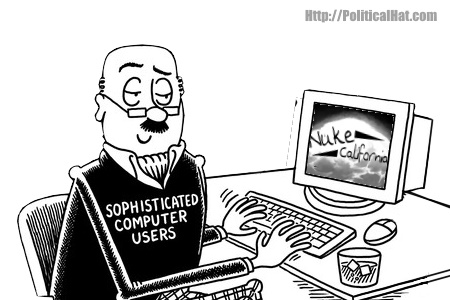 This will not end well for Californians.

The bill can be read here, or below: