Canada, the land that made a blithering “male feminist” Prime Minister, has yet again demonstrated just how woke it is!

Some no-name Colombian-Canadian singer “asked white audience members to move to the back of the concert hall and people of color to move to the front during her Halifax Pop Explosion gig at the Marquee Ballroom in Nova Scotia’s capital  last month … [while her] request was nothing new — it’s often part of her shows — this time it apparently was met with some resistance”.

However, this time one volunteer at the music festival stood up against the clear expression of privilege and demonstration of power:

“A white female volunteer who was reportedly there to photograph the show — along with several other white audience members — reacted to the singer’s desire to get ‘brown girls to the front’ with what festival officials called ‘aggressive’ and ‘overt racism'”. 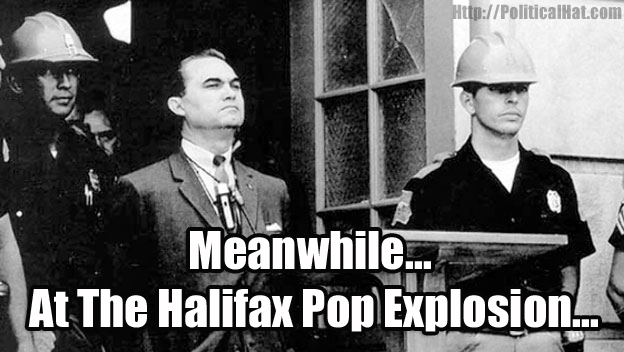 So, demanding to not being discriminated at a music festival is an act of “aggressive … overt racism”?

The volunteer was then not only kicked out of the festival for refusing to be racially segregated, but the Halifax Pop Explosion said that they’d provide its volunteers in the future with re-education “anti-oppression and anti-racism training“.