We Could Use A Man Like Sam Hayakawa Again

The sheer and utter madhouse that grievance studies dominated colleges and universities are decomposing themselves into continues to accelerate. Now, radical social justice warriors have gone full out and taken over Evergreen state college and even taken administrators hostage!

Like good little Leftists, they are demanding a Progressive professor be fired for not being sufficiently politically correct.

The most disturbing part is that the administration has gone full Stockholm and the campus police are letting these little monsters run free.

There was once a time when brave administrators would stand up against these thugs. Brave men like S. I. Hayakawa, who pulled the wires from the loud speakers of protesters at a rally. 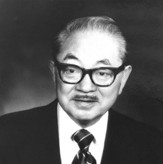 Here, Professor, and later U.S. Senator, Hayakawa speaks about this:

We sure could use a man like Sam Hayakawa again!

If only we could be so lucky.