The Ultimate In Queer Pride? The Hyena Of The Gestapo!

So desperate are some to portray “strong” and “transgressive” women who are also queer for that additional intersectional sheen of wokeness, that they ignore the fact that the person they are celebration, one Violette Morris, is… not only a Nazi collaborator but a drug dealing Nazi who was known as the “Hyena of the Gestapo”. 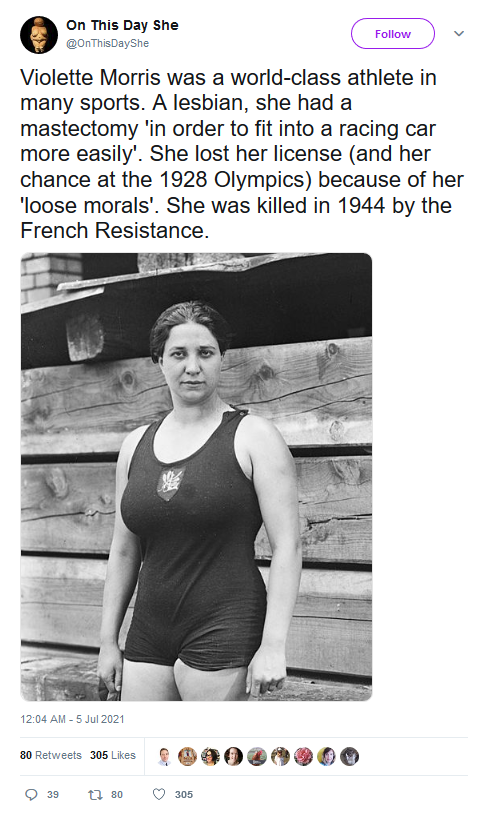 Considering that the Nazis didn’t have a problem with Ernst Röhm sleeping with young Aryan men, it ought to come to no surprise that they didn’t have much of a problem with a lesbian who had a mastectomy, despite sending Gays and Lesbians to concentration camps.

One Response to The Ultimate In Queer Pride? The Hyena Of The Gestapo!