Can The Venezuelan Disaster Be Contained?

And just how bad is this “disaster state“? Gasoline shortages despite having the largest proven reserve of oil of any nation, being billed for non-existent phone service, and women having to sell their hair, their breast milk, and even their bodies just to survive. 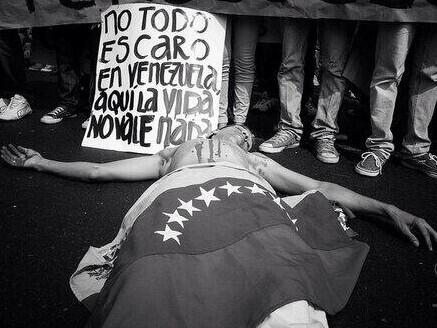 As Venezuela continues to suffer, Maduro is set to be “reelected” to another term in his de facto Presidency for Life. And if things are so bad, where is the opposition? Being crushed, imprisoned, or if they are lucky, fleeing from Maduro’s clutches.

Is the horror that is Venezuela gotten so bad that it no longer can be contained, but rather is spilling out to affect others? If the increasing international opposition, especially within Latin America, to the dictator Maduro is any indication, the answer is YES. It’s not just the massive exodus of millions of people fleeing Venezuela, the United States is calling for Maduro’s removal for being a cradle of terrorism, the Bank of England is refusing to hand over 14 metric tons of gold just as they are being sued over unpaid bonds, and even the European Union is calling for action if things get much worse. Only Russia and others of their ilk seem happy to help rip off Venezuela.

This entry was posted in Progressives and tagged Communism, DOOM, Europe, FAIL. Bookmark the permalink.