Milk: It Does A Nanny State Good

Posted on September 7, 2018 by The Political Hat

Many fast food restaurants have moved from offering carbonated soda beverages in children’s meals and instead have pushed milk or apple juice, by their own choice. California now wants to make that mandatory. SB 1192, which has passed the California Grand Soviet Legislature aims to ban the default offering of any drink other than water, unflavored milk (or milk substitute). 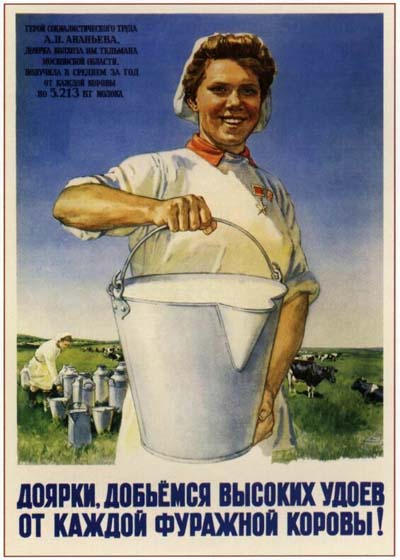 (b) “Default beverage” means the beverage automatically included or offered as part of a children’s meal, absent a specific request by the purchaser of the children’s meal for an alternative beverage.

(1) Water, sparkling water, or flavored water, with no added natural or artificial sweeteners.

(3) A nondairy milk alternative that contains no more than 130 calories per container or serving. For purposes of this paragraph, “nondairy milk alternative” means a non-dairy fluid milk substitute that meets the standards for the National School Lunch Program as set forth in Section 210.10 of Title 7 of the Code of Federal Regulations.

(b) The beverage listed or displayed on a restaurant menu or advertisement for a children’s meal shall be one of the default beverages listed in subdivision (a).”

It’s only a matter of time before some knee-jerk populist declares that this is a conspiracy between corporate milk masters and the fascist California government.

This entry was posted in Healthcare, Progressives and tagged Democrats, Leviathan, New Feudalism. Bookmark the permalink.

One Response to Milk: It Does A Nanny State Good