Fall of the Berlin Wall

Posted on February 5, 2018 by The Political Hat

Today marks the day that the Berlin Wall, an artifact of not only the Cold War but also the Allied victory in World War II, has been down―10,316 days―as it was up. 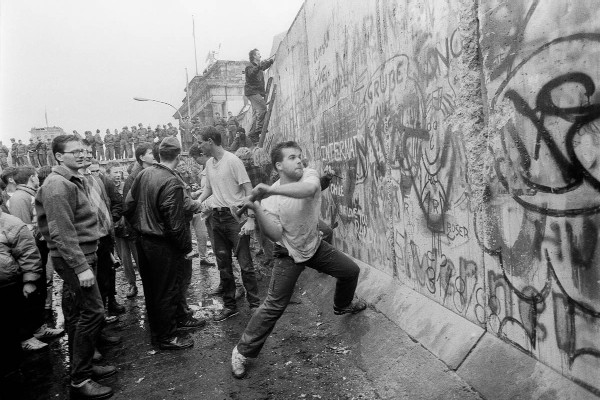 This is a testament to those who, during the Cold War, refused to accommodate Communism, but stood up against the Soviet menace and said “no more”.

There was no more stirring call against the Berlin Wall, and the Communist regimes that it came to symbolize, than Ronald Reagan’s speech at the Brandenburg Gate:

Eerily enough, Dan Rowan, of “Rowan and Martin’s Laugh In” predicted the fall of the Berlin Wall down to the year:

This entry was posted in Uncategorized, War & Terror and tagged Communism. Bookmark the permalink.