Gender Identity, whether one believes one is a boy, a girl, or mayonnaise, is concomitantly considered both something that one defines themself by, with no objective basis but only one’s subjective opinion, but also an integral part of one’s being that defines who they know they are and that can not be changed (to the point of making such attempts illegal).

There is a word for a belief that so thoroughly defines a person, both to themselves and to others, that lacks an objective or scientific description: Faith.

Though there are differences, such as an inability to objectively even define the term “boy” vs. moral codes and holy tomes of religion, the similarities are manifest: Both involve knowing a transcendental and absolute truth; both define what a person believes they are and how they act and think; and both are now topics for which people will vehemently disagree.

Yet we see these two faiths in conflict, with the privileged few being able to use their power to force their subjective reality of “gender”. Transgenderism under the law is not about civil rights, it is a holy war.

If the political movement for transgenderism really is about the right to exist as one’s identified identity, and to live freely as such, then perhaps it should be accorded rights as a faith. 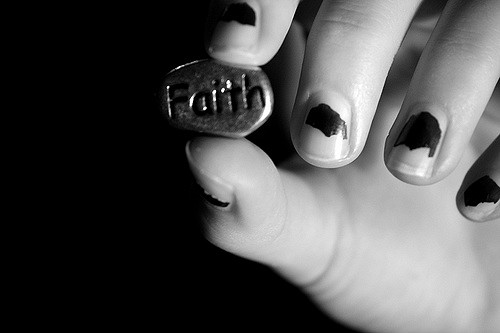 This entry was posted in Uncategorized and tagged Gender. Bookmark the permalink.