Public schools have increasingly become vectors for teaching Islamic doctrine—not just about Islam, but proactively proselytizing the faith… despite the entire “separation of church and state” thing (but apparently not the separation of Mosque and State)…

Now, middle school students are being taught Sharia law in a not-so-balanced way:

“The worksheet, assigned to seventh-graders at Highland Hills Middle School, presents a passage written by a fictional 20-year-old Saudi woman named Ahlima, who feels ‘very fortunate’ to live under Sharia law in Saudi Arabia. She writes about how she will soon become a man’s second wife and explains her modest dress: ‘I understand that some foreigners see our dress as a way of keeping women from being equal, but … I find Western women’s clothing to be horribly immodest.’

“‘That document by itself, it’s almost propaganda,’ […] ‘If you read that, you would think everything’s wonderful in that world.'”

Just how “very fortunate” was this woman who was beheaded in the middle of a Saudi Arabian street? 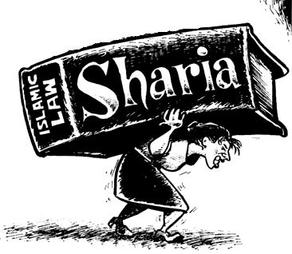 This entry was posted in Education and tagged Leviathan. Bookmark the permalink.

3 Responses to Tweens and Sharia Law