Remember the bird-slaughtering solar plant that literally roasts birds in mid-flight?  Unsurprisingly, like most “green energy” schemes, it is losing money.  So, what does co-owner Google plan to do about this?  Perhaps use some of the billions that Google and its filthy rich owner have accumulated?

Nah, they are going after hardworking taxpayers.  After all, it’s easier to crush the Middle Class with taxes and debt rather than give up your elite status as the neo-nobility.

“After already receiving a controversial $1.6 billion construction loan from U.S. taxpayers, the wealthy investors of a California solar power plant now want a $539 million federal grant to pay off their federal loan.” 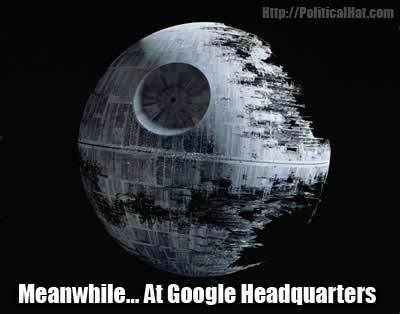 “Touted as a clean, green energy, some environmentalists have turned against concentrated solar as a technology, deeming it dangerous and a threat to wildlife. Unlike solar photovoltaics, which turn sunlight directly into electricity, CSP uses thousands of large mirrors to concentrate reflected sunlight into powerful beams aimed at ‘power towers.’ The heat generates steam to turn turbines that create electricity.

“The problem is that birds see the mirrors as water. As they approach, the 800º F solar beams roast any bird that happens to fly by. A recent study released by the California Energy Commission conducted by the Center for Biological Diversity called Ivanpah a ‘mega-trap’ that will kill up to 28,000 birds a year.”

This entry was posted in Progressives, Science and tagged FAIL, Green, Obama, Science. Bookmark the permalink.