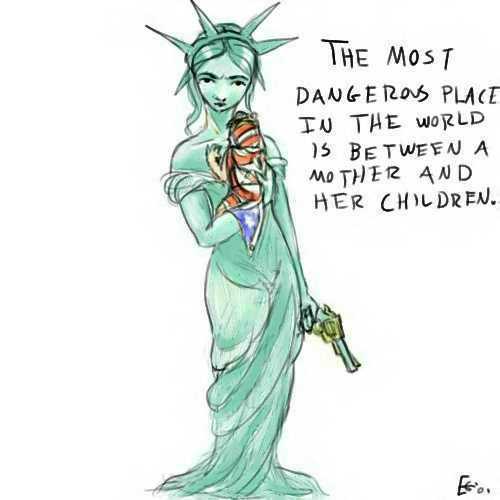 Yet again, we see this.

In this case, it stems ( or pseudo-stems) from a post from some group that bastardizes the name of “Mises”, and so blame all ills on America first and foremost.

Oh, the delusions it must take to declare that all ills in the world, yes even the Molotov-Ribbentrop Pact, is due to American, or at least Anglo-American malfeasance, and hope for an “internal” cure to this…

If, in order to defend your extreme isolationist or non-interventionist foreign policy utopia, you literally end up defending Hitler… then maybe your policies aren’t exactly a moral good.

They always blame America first and foremost, if not exclusively.

When you are defending the Molotov-Ribbentrop Pact as a moral good and act of self-defense against the wicked Anglo-Americans… you might be channeling Lord Haw-Haw and Berlin Betsy.

This is fundamentally Anti-American. They believe that America (or the Anglosphere more broadly) are a unique evil, and that all other countries are just defending themselves against an evil they themselves are incapable of perpetuating.

Perhaps they pleasure themselves to the thought of the Chinese Communists and Putin’s Russians vanquishing the authors’ domestic enemies, setting up a puppet government where they are the new Nomenklatura if not the American Quislings themselves!

Spoiler: Preemptive surrender and blaming America first will not end all foreign wars, but rather invites the real monsters in. There is no “safe space” that will protect this isolationist utopia.

The idea that only America could ever be blamed for wars involving America, and that not other country, power, or groups would ever visa versa create a casus belli for America presupposes that America is uniquely more evil than everyone else.

Spoiler: Countries would be invading and compromising each other even if the U.S. ceased to exist. Clearly this American-hating schmuck thinks that America is the reason why we don’t have global utopia.

This reminds your humble author of Pat Buchanan who blamed the U.S. for being involved in WWII. If the U.S. launched war on another country because they wouldn’t trade with the U.S., people like this would flip out and scream “Imperialism”, yet place the same blame with Japan who did just that!

Which act of the Soviet Union conquering and oppressing other countries, or effectively doing the same through puppet regimes did they miss? Or are they going to claim that the Soviet Union would’ve lived in peace with all other countries if not for America being evil? Just because they want to be left alone doesn’t mean the rest of the world will leave them alone. There is no safe space. Turning your back to foreign affairs only proffers your kidney for a good old fashioned dirking.

Conceding the world outside of Cuba to Communism under the most murderous regimes in the world during wasn’t a threat to the United States? If conceding the world to another power is not a threat, why didn’t the Soviet Union adopt a non-interference foreign policy? Wishing that the global order was exactly the same as the opening credits to “Red Dawn” isn’t exactly compelling proof that it’d “end foreign wars for America”.

Communism as an economic system fails eventually. It is folly to assume that a successfully expansionist totalitarian regime that has conquered the rest of the world—as a world unopposed by Anglo-American countries would’ve been—would never set their eyes on the U.S.

Ah yes, the “logic” that international communists would never had engulfed other countries if the perfidious U.S. didn’t stop them from engulfing other countries!

Ah yes, the U.S., U.K., Italy, Belgium, Netherlands, Norway, Denmark, et al. coming together to stop the Soviet Union from the type of thing they already did to Poland, Estonia, Latvia, and Lithuania the previous decade caused the USSR to do what they did before… again.

This entry was posted in Uncategorized, War & Terror and tagged derp, FacePalm, Patriotism. Bookmark the permalink.