New neural interfaces have been developed that will help connect the brain of paralyzed individuals, amongst others, to communicate via a type of “wired telepathy”.

“Late last month, New York-based biotech company Synchron announced the results of a trial of its two-piece brain modem in four people with amyotrophic lateral sclerosis, or ALS—a progressive neurodegenerative disease that affects the brain and spinal cord and can lead to paralysis. It was the first time the U.S. Food and Drug Administration had approved a BCI for clinical trials.

“The implants weren’t just safe, according to Synchron. They worked too—at least on a rudimentary level. The devices ‘allowed participants to use a computer to communicate by text and perform daily tasks such as online shopping and banking.’

“That might sound like science fiction, but the idea is pretty straightforward. Our brains move around information via subtle electrical impulses. Our thoughts, in other words, are electricity. And they flash in recognizable patterns. Put a sensor in the brain, and it can read the patterns. Connect that sensor to a radio transmitter, and you can literally beam your thoughts to a compatible device the same way phones connect to phones or your computer connects to WiFi.

“The applications are obvious, especially for paralyzed people. With a safe, effective brain modem, you wouldn’t need to move or even speak in order to send a text, browse the internet or interact with any number of electronic devices.”

Of course, that article ignores the most important potential for this technology: Cyborg catgirls who have a superior brain-cyborg body interface, but cyborg catgirls who can communicate directly over the internet! 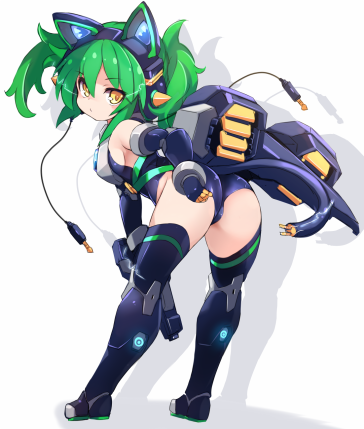 The paper published in the Journal of NeuroInternventional Surgery can be found here.

One Response to Neural Implants Mean One Thing: Cyborg Catgirls With Brain Modems