Fish Are People Too 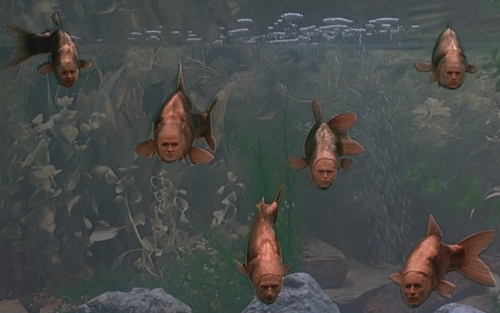 The radical environmentalist Left have increasingly started to declare that everything in nature has human rights, from the moon to elephants, and from mountains to swamps, in order to prevent anyone from utilizing these natural resources, even if such utility one of the rare non-CO2 emitting energy sources, namely, hydroelectric energy from dams, to protect the human rights of fish.

“Salmon can’t go to court, but the Sauk-Suiattle Indian Tribe says the fish at the heart of its and other Northwest tribal cultures should have legal rights.

“The tribe has filed a lawsuit on behalf of Tsuladxʷ in Sauk-Suiattle Tribal Court to assert those rights in the tribe’s traditional territory in Washington’s North Cascades.

“‘These rights include, but are not limited to, the right to pure water and freshwater habitat; the right to a healthy climate system and a natural environment free from human-caused global warming impacts and emissions,’ the suit states.

“‘Not just to declare that they have rights, but that also you and I have a duty to protect those rights,’ said Jack Fiander, Sauk-Suiattle tribal counsel. ‘We’re sort of like their trustee and they’re our minors.’

“The suit accuses Seattle City Light of violating the salmon’s and the tribe’s rights by operating three dams on the Skagit River with no way for fish to get past them.

“Gorge, Diablo, and Ross dams provide about one-fifth of the electricity used in Seattle with essentially zero impact on the global climate.”

This entry was posted in Progressives and tagged Green, Lulz, Social Justice, WTF. Bookmark the permalink.