Ah, Canada!   The land where state monopoly healthcare is geared towards slaughter. The land where climate heretics are rooted out and punished.   Now these two facets have combined in a Canadian way: A doctor in British Columbia is diagnosing patients as suffering from “climate change”. The following missive from famed physician barber Theodoric of York in support of this new policy is presented. 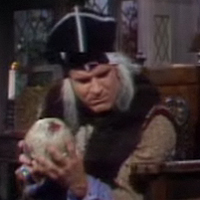 You know, medicine is not an exact science, but we are learning all the time. Why, just fifty years ago, they thought diseases like diabetes and heart failure is caused by unhealthy dieting and lack of exercise. But nowadays we know that people are suffering from an an angry Gaia due to an imbalance of nature, perhaps caused by a lack of wind and solar farms. I am thrilled that more and more medical professionals are coming around to realize the truth, such as Doctor Merritt:

“Climate change enters the ER: For the first time in his 10 years as a physician, the ER doctor picked up his patient’s chart and penned in the words ‘climate change.’ ‘If we’re not looking at the underlying cause, and we’re just treating the symptoms, we’re just gonna keep falling further and further behind,’ he told Glacier Media when asked why he did it. At the same time, Merritt says he hoped another family physician would read the chart, and one day, consider drawing a straighter line between their patients’ health and climate change.

“… The response was immediate. Roughly 40 doctors and nurses at the small hospital — all busy trying to manage a pandemic and their regular professional lives — came together under the banner Doctors and Nurses for Planetary Health. … Starting Thursday at noon, Lau says the non-partisan group is calling on the provincial government to, among other things, declare an ‘ecological emergency’ and end subsidies to the fossil fuel industry. ‘A lot of us were really shook by this summer, by the heat dome and the wildfires that are just escalating every year,’ she says. ‘This is about moving forward in a way that saves lives.’”

If only more professional practitioners of bloodletting, leeches, and climatology acknowledged modern science and treated the problem, a disgruntled goddess of the Earth, and not the symptoms like “disease”.

I guess that Caladrius Bird I got will come in handy after all.