The (Genderless) Birds And The (Woke) Bees

When a child asks where a baby comes from, the old usual response starts off with “when a Daddy and a Mommy love each other lots”. This will likely become a “H8” crime to say (even in one’s own home) because it “genders” people who have eggs, sperm, or uteri!

The denial of basic biological reality is a staple of the Left’s LBGTQ&c. agenda/worldview.   But some try to be a bit clever by present statements which, per se, are not inaccurate, but are presented together in such a way as to present a distorted picture that stands at odds with biological reality in order to de-normalize “cis-heteronormative” reproduction, as is the case with the book for toddlers entitled “What makes a baby” which de-genders human reproduction! 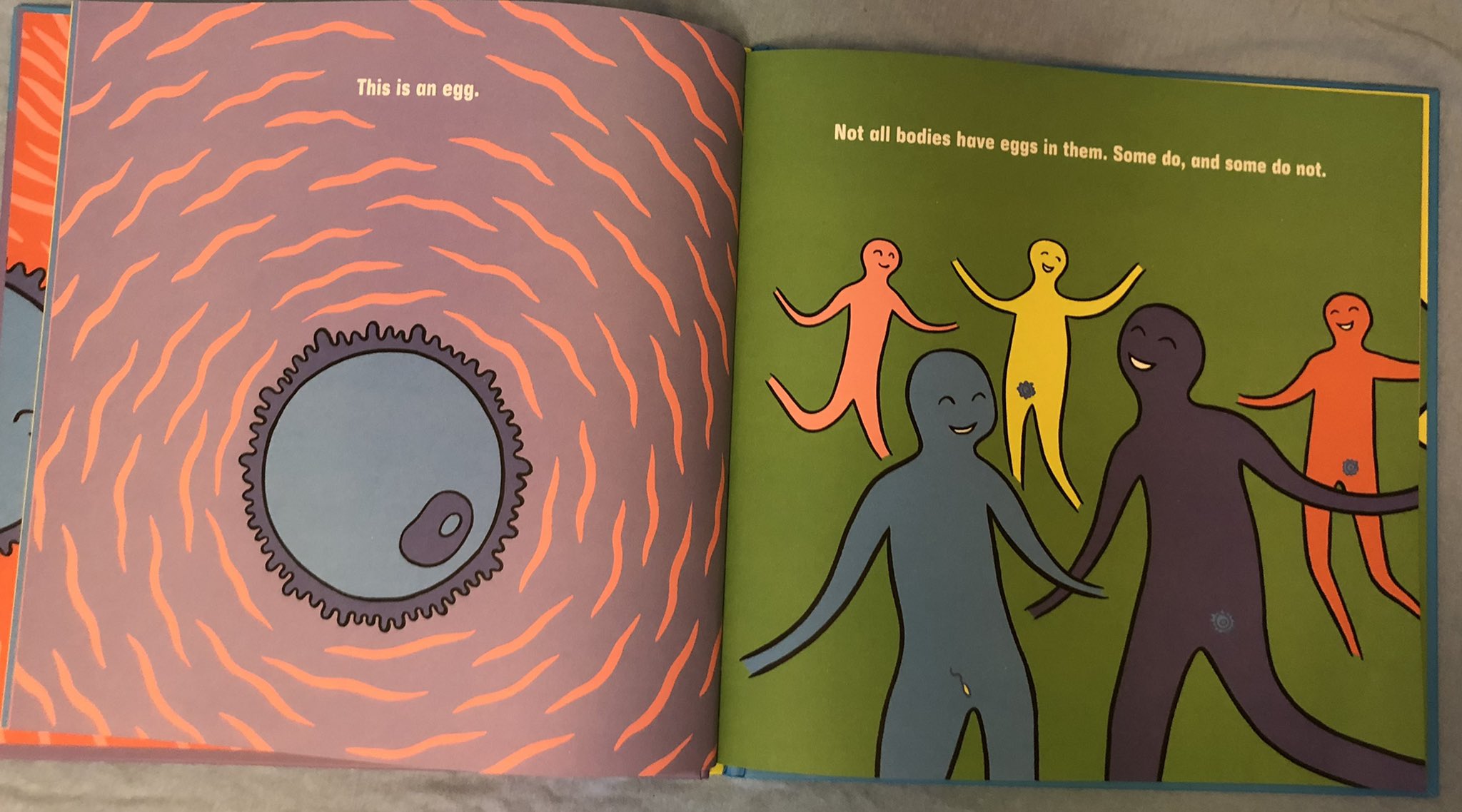 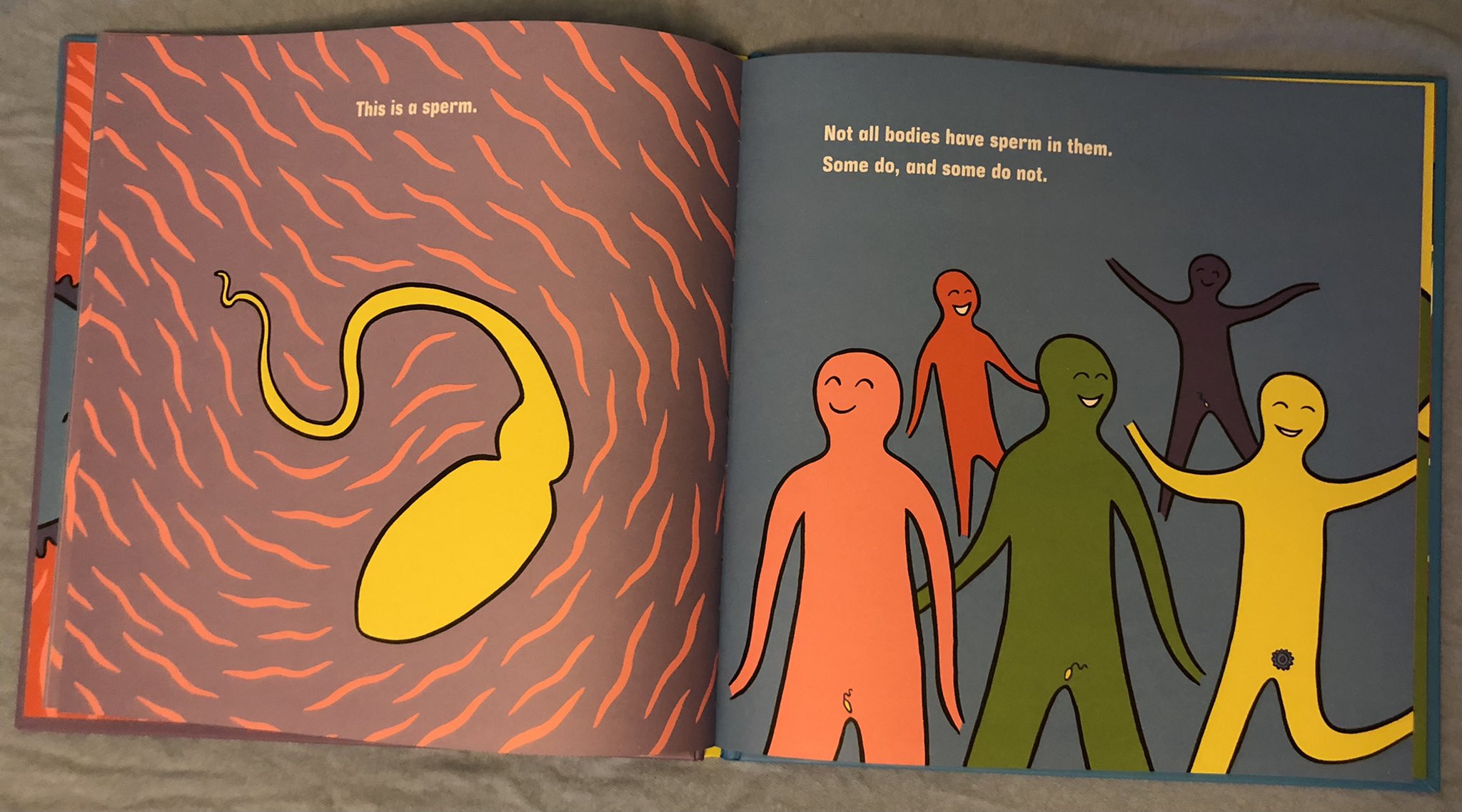 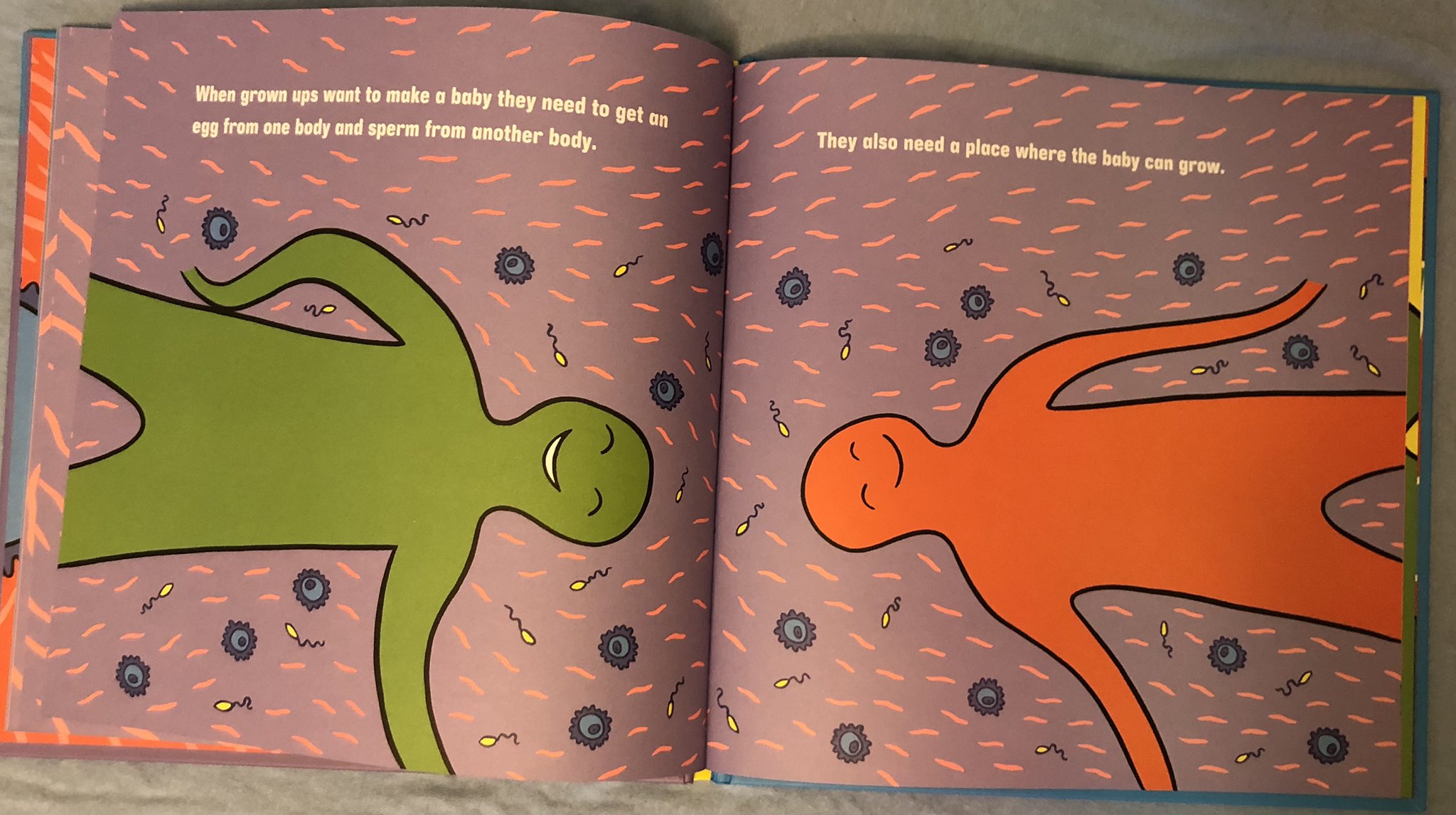 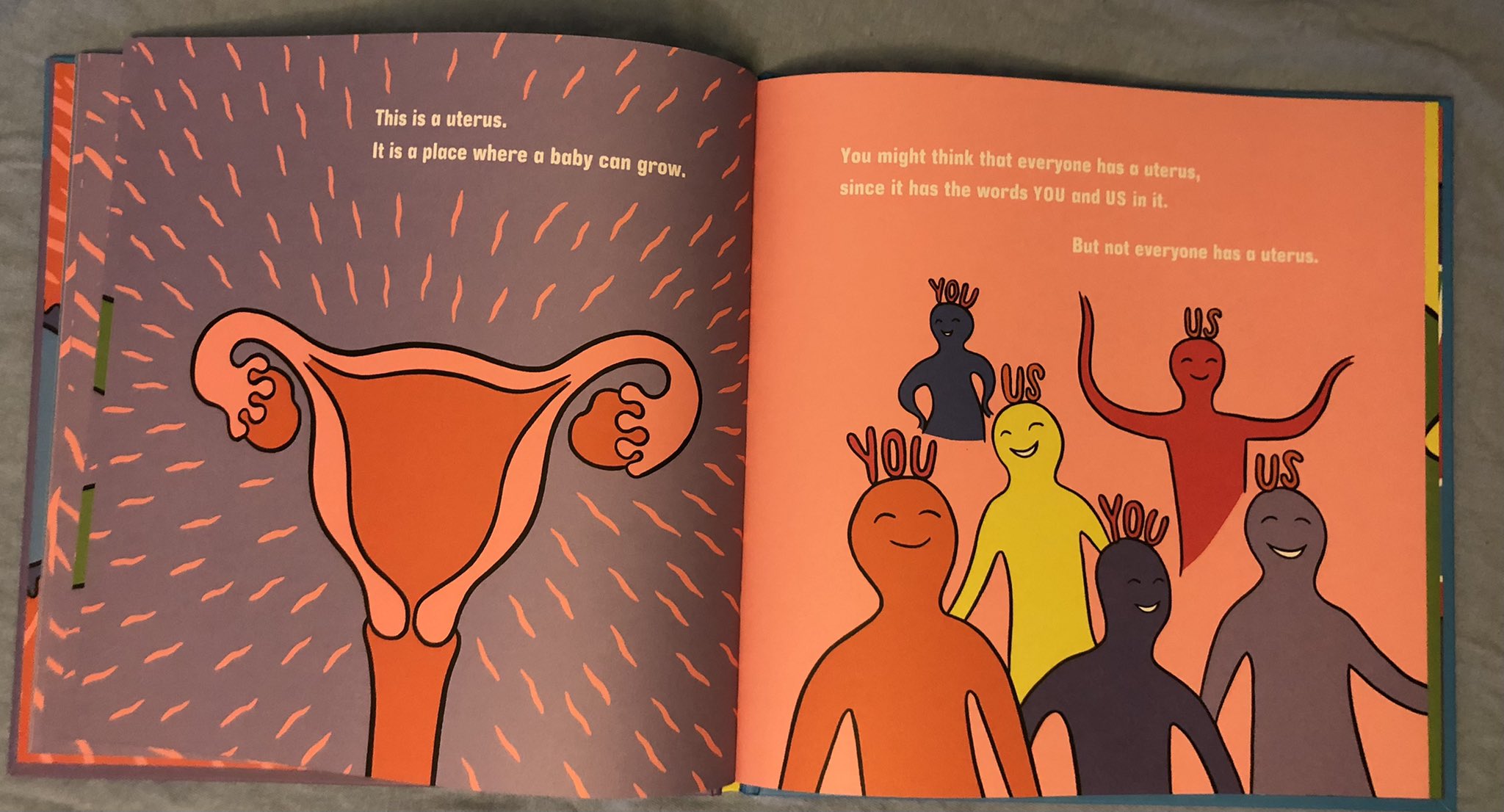 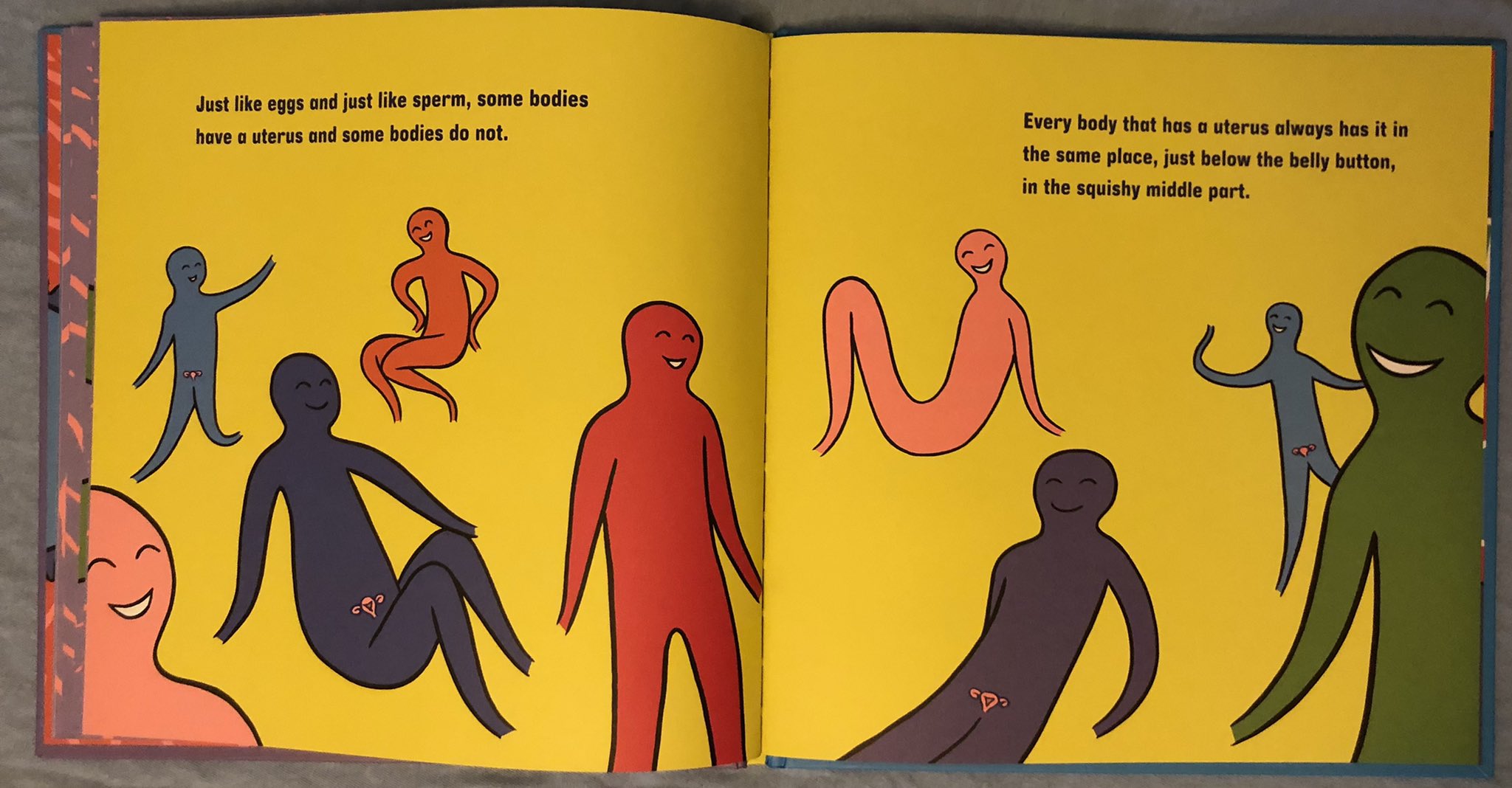 Notice how they don’t bother mentioning biological sexes, let alone “gender”? By conveniently leaving out that males produce sperm and females both produce eggs and have a uterus, the book makes it seem that having a uterus has absolutely nothing to do with whether one is male (producing sperm) or a female (with eggs)… or perhaps even neither!

But oh, it does get worse.

Notice how it mentions that some people have a vagina, through which a baby could be born, without associating it with either “people with sperm” or “people with eggs”, as if the presence of a uterus is perpendicular and distinct from being either a male or a female. Notice, further, that a caesarean birth is presented as an alternative to vaginal birth as if the vagina itself was not associated with having a uterus?   Outside of a bad Hollywood movie, “persons with sperm” who have a penis don’t give birth—though here yet again we see the disassociation of having either eggs and sperm with external genitalia or the presence or lack of a uterus.

They go either further and talk about “people who wait” and care most for the child as if they are completely different from the person the sperm came from, the person the egg came from, and/or the person who had the uterus (who may have a vagina through which they give birth).

A society indoctrinated in this idiocy will not survive for long.