An Example Of Actual Institutional Privilege 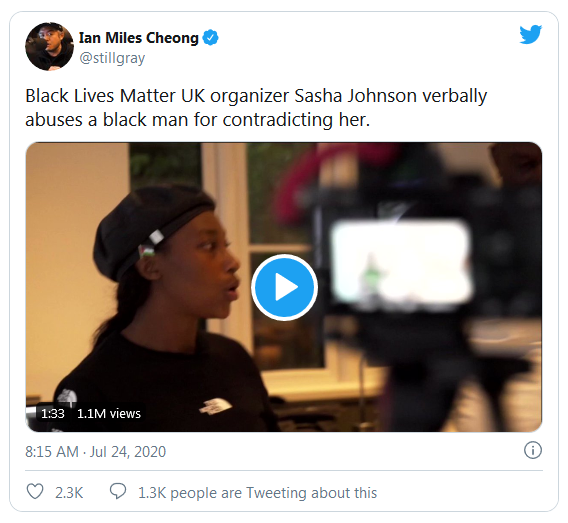 Press Ctrl+C to copy the embed code to clipboard

Notice how she is taken aback at being called “angry” after she… gets angry.

Notice also how she not only uses the actual “institutional privilege” of being a female in an Anglosphere country, but uses that privilege to verbally attack a Black male who dares not believe what he is told to believe to a degree that would get a White individual, even a White female, in the U.K. arrested for “hate crimes”.

The flag in her beret is just icing on the proverbial cake (which of course someone will be forced to bake.

This entry was posted in Progressives and tagged Europe, Kyriarchy, Occupy, Social Justice. Bookmark the permalink.

One Response to An Example Of Actual Institutional Privilege