It is by now practically a trope that the worldview of the Progressive Left is based on the idea that mankind can be moulded into a type of “New Soviet Man Person” by purported intelligent designers, whether this be by presuming the evolutionary psychology and biology ceased to exist once the human race became woke thus leading to a tabula rasa whereby all behaviors of mankind are due to some nefarious machinations, or by a more strictly defined neo-Lysenkoism whereby mankind can be perfected by “transforming the human condition“:

In either which case, it is incumbent upon the intelligencia to mould mankind and thus perfect them in order to create a utopia of a perfect solid state society.

However, the elevation of mankind as a self-creating (un)intellegent designer (who worships their creator), would nonetheless need to take into account actual biological reality, abet only to the degree necessary to effect change, and never enough to challenge the holy faith of the Left’s ideology.

This is why we see serious calls for genetically engineering humans to become physically a species that fits into the need to assuage the climate gods and appease Gaia by conforming to the predetermined apocalyptic pseudo-climatology, as morlocks direct the eloi.

“There may be another route to avoid the potentially disastrous effects of climate change: We can deliberately alter ourselves, three researchers suggest.

“Human engineering, as they call it, poses less danger than altering our planet through geoengineering, and it could augment changes to personal behavior or policies to mitigate climate change, they write in an article to be published in the journal Ethics, Policy and the Environment.” 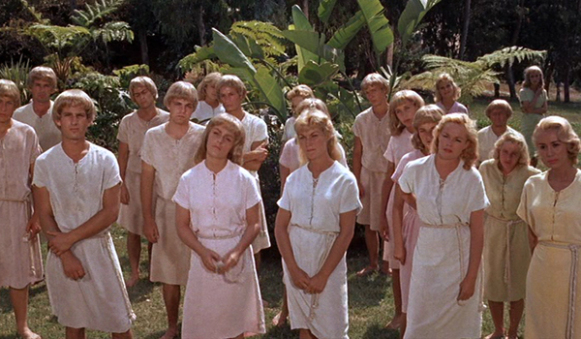 What are some of these suggestions to “perfect” mankind in an environmentally woke future?

Three of the four aforementioned suggestions (the 1st, 2nd, and 4th) are how-to guides for creating Eloi, while the 3rd could be more of a Morlock innovation, or misused to double-down on Eloi characteristics.

If your humble author may be allowed to mix science-fiction stories, all of the above would fit into creation of a Brave New World (that has such people in it) of scientific direction to mankind that would fit into their social Lysenkoism by means of a not-so-Lysenkoist genetic engineering.

This entry was posted in Progressives, Science and tagged Communism, Green, Leviathan, Science. Bookmark the permalink.

One Response to Genetically Engineering A New Ecological Mankind