Apparently the greatest concern regarding robot development is… mis-gendering the robots.

What does this mean?

Just that it’s time for a fisking!

“Robots are the most powerful blank slate humans have ever created. Want a helpful robot? No problem. Want a mean one? Sure, if that’s what you’re into. A robot is a mirror held up not just to its creator, but to our whole species: What we make of the machine reflects what we are.

“That also means we have the very real opportunity to screw up robots by infusing them with exaggerated, overly simplified gender stereotypes. So maybe robots aren’t simply a mirror. ‘I think of it more as a funhouse mirror,’ says Julie Carpenter, who studies human-robot interaction. ‘It’s very distorted, especially right now when we’re still being introduced to the idea of robots, especially real humanoid robots that exist in the world outside of science fiction.’

“Perhaps the biggest issue—yet most subtle—is gender. How gender biases manifest in the design of voice assistants is well-worn territory. Research shows that users tend to like a male voice when an authoritative presence is needed and a female voice when receiving helpful guidance. Scientists are just beginning to consider how these gender biases materialize in physical robots.”

It is considered a truism amongst the Left that human beings are “blank slates” whereby all differences are “social constructs”, and that an enlightened elite can write upon this tabula rasa a Progressive agenda that will lead to a utopia, and further that inequalities and all problems with society occur because “The Kyriarchy” or some similar conspiracy of evil.

This is because we are a sexually dimorphic species with physical and actual physiological differences. While sometimes subtle, there is often enough of a difference on average to notice that females are more or less likely to have some aspects that differ from males. Those the aspects that tend to more often be seen in females is considered “feminine” while those that tend to be more often seen in males is considered “masculine”. The Left, in contrast, considered the differences to be made up and that imposing differences based on sex is a form of oppression and that one is either a “man” or a “woman” depending on an alleged arbitrary application of those social constructs.

“Robots don’t have genders—they’re metal and plastic and silicon, and filled with ones and zeroes. Gender is a complicated mix of biology, which robots don’t have, and how we feel about that biology, feelings that robots also lack. Yet we are already finding ways to mirror our social problems in our robots. One study, for instance, found that participants judged a robot programmed to perform security work as more masculine, while they judged the same robot instead programmed for guidance to be more feminine (echoing the gender preferences toward voice assistants). The danger is that robot makers, consciously or not, may exploit gender stereotypes to try to make their machines more effective—designing a receptionist robot to be more feminine and therefore more ‘welcoming,’ or a security robot to be more broad-shouldered and therefore more ‘authoritative.’

“It doesn’t have to be this way. Robots could just as easily be used to confront, and begin changing, those stereotypes. ‘It’d be great if somehow we could use robots as a tool to better understand ourselves, and maybe even influence some positive change,’ says Carpenter. ‘Globally, the social movement we’re moving towards is equality. So why go backwards? Why refer to gender norms from the 1960s?'”

Unequal things are unequal. Yes, equality of opportunity is great. But you can not erase basic biology or that we as a species are sexually dimorphic. Changing social standards and opinions does not, and can not, change differences that arise, at least in part, from biology.

“The struggle is against capitalism’s tendency to gender every product it can. Are you a woman who just can’t find the right kind of pen? Bic has you covered. Or a man who’s been struggling with the embarrassment of using regular tissues? Easily solved..”

So “Capitalism” invents gender differences in some complex conspiracy to make a buck or two from oppressing people by somehow using invented differences to get people to buy different things? Or perhaps the free market just responds to the fact the sexes are different and those differences result in societies where men and women, on average, don’t make the exact consumer choices of the other sex.

“With human-like robots, even subtle design choices can telegraph gender. A recent study found that when shown images of humanoid robots, people consistently chose a particular pronoun to go along with them: They referred to a robot with a straight torso with a male pronoun almost 90 percent of the time, but robots with a more pronounced waist were deemed more feminine. Big shoulders, on the other hand, were classified as more masculine.”

This happens probably because when we attribute human characteristics to a thing, we include those sex differences in how we humanize said things? Feminine things are treated as feminine, or masculine things treated as masculine, because we perceive feminine or masculine aspects to those things, said aspects arising from statistically significant differences noticed by anyone who hasn’t been indoctrinated by a “gender studies” course or overly woke parenting?

“So if you wanted to design a robotic greeter for a department store, you might want to consider what message the body shape is sending. Or maybe it’s a robot that works in a hospital. ‘If people are afraid of approaching it, if the arms are too big or the shoulders are too big, they might be afraid of the force of the robot,’ says Gabriele Trovato, lead author on the new study and a roboticist at Japan’s Waseda University.

“Of course, designers won’t always intentionally exploit gender stereotypes. A designer might, for example, want their home robot to look burly to telegraph that it’s strong enough to lift you out of bed. It’s about inspiring confidence. But size doesn’t necessarily equal strength—electric motors don’t grow like muscle when you exercise them. By decoupling size and strength in robots, their builders have an opportunity to reinforce the machines’ inhumanity, physiologically speaking.”

This is what they mean when they talk about mirrors: That robots shouldn’t be mirrors of human “gender stereotypes”, but that we should mirror the lack of “gender” differences in robots. 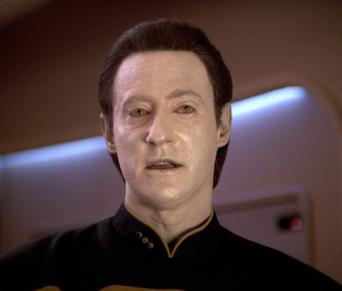 “The problem is that even if a robot isn’t gendered, and even if it doesn’t look human or even animal, you’ll tend to want to gender it. (As someone who has met a lot of robots, trust me, it’s really hard to resist.) The maker of this cute little tractor-like robot refers to it as “he,” even though it’s about as genderless as can be. For many robot makers, this kind of gendering helps infuse the machine with personality, and therefore make it easier for the consumer to form a bond. (Read: cha-ching.) ‘It’ just doesn’t have the same ring as ‘he’ or ‘she.’ There are no easy answers for roboticists—though history might not look fondly on the humans who reinforce outdated human tropes. It’s also on us as consumers to demand more than the tired stereotypes.”

Humans, by their nature, are “gendered”. Thus to humanize something means to apply this natural and normal “gendering” on that which we humanize; “ungendered things” seem non-human because humans aren’t “non-gendered”.

“‘We have the power to do better, to move past some of these things that have hindered humanity in my opinion for a long, long time,’ says Carpenter.

“And so we begin writing on the most powerful blank slate ever known.”

The robot from the movie “Heavy Metal” hardest hit…