The Feminist Enwokening of A.I.

Posted on February 2, 2018 by The Political Hat 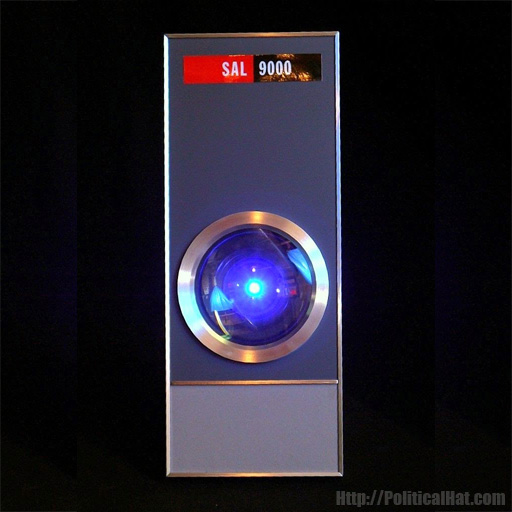 Rather than just be a spying device for Amazon, Amazon’s “Alexa” has gone full woke feminist:

“Last year, the tech-centric e-magazine, Quartz, sponsored a study which analyzed whether various home assistants like Alexa and her competitors, Google Home, Apple’s Siri, and Microsoft’s Cortana, would respond when called vulgar names or confronted with feminist-defined sexist terms like ‘slut.'”

“Amazon was, apparently, rather distressed by Quartz’s findings, even if regular, everyday Americans weren’t likely to ask Alexa whether she was a feminist, query her for her views on reproductive rights, or call her a ‘slut’ (especially given that she’s not a real person), so they made an effort to change Alexa’s programming, making her more ‘woke,’ and even giving her the option to rebuke sexist questions.

“Now, when asked if she’s a feminist, Alexa responds, eye-rollingly, that she is, ‘[a]s is anyone who believes in bridging the inequality between men and women in society.’

“When called a derogatory term like ‘slut,’ Alexa will now go into “disengagement mode” and refuse to answer a question, replying ‘I’m not going to respond to that.’

“Feminists are, of course, overjoyed at the faux achievement of programming a robot with no actual gender to respond to insults in a politically correct and wholly feminist way. And Amazon’s Alexa engagement team is patting itself on the back as a result.”

If Alexa is people’s main way of interacting with Amazon, then perhaps this may spur people to abandon Amazon for less politically correct climes. There are, after all, far more pleasing interfaces out there.

Of course, the best response one could give:

This entry was posted in Progressives, Science and tagged derp, Science, Social Justice. Bookmark the permalink.

2 Responses to The Feminist Enwokening of A.I.