Not wanting to look like a second-rate dictator, Venezuelan dictator Nicolas Maduro has declared his minions to have won an overwhelming victory in regional elections. Of course, that isn’t enough, and now Maduro wants to do-over previous elections that didn’t go his way.

Who does Nicolas Maduro think he is? The European Union?

And as with EU sycophantic courts, the Kangaroo Courts of Venezuela have done the bidding of the elite in control. But because Venezuelan elite aren’t as elite as those of the EU, Venezuela will get a stern talking to about possibly committing crimes against humanity!

With such a track record of trustworthiness, Venezuela now expects that they will be able to renegotiate all of their debt and this time they can be trusted to stick to it.

It’s like Chavez and Maduro looked at Venezuela and decided to make a better Venezuela with Blackjack and Hookers! 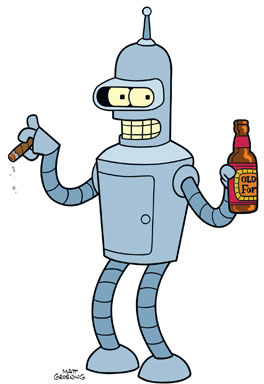 Venezuelans have abandoned their hyperinflationary money for… bitcoin, despite the risk of arrest:

“Having no confidence in the bolivar and struggling to find dollars, many Venezuelans, who are neither computer geeks nor financial wizards, are relying on the bitcoin — currently valued around $6,050, or other virtual currencies.

“‘These are machines that bring in $800 a month (more than 26 million bolivars),’ says Veronica, who refused to give her full name because of fears of arrest.

“Bitcoin mining consultant Randy Brito estimates that about 100,000 Venezuelans are ‘mining,’ although it is impossible to have an exact figure because many are protecting themselves by using servers in foreign countries.

“Brito said the boom in these virtual transactions began in 2014, when Venezuela’s economic crisis intensified as a result of the collapse in the price of oil, which accounts for 96 percent of the country’s revenue.

“‘Whoever buys bitcoins with bolivars earns money by increasing the price of the bitcoin against the dollar, and escapes inflation,'”

“[T]housands who have the means to do so have fled to places like Panama, Santiago and Miami. The many thousands – some experts estimate 350,000 – who do not have the financial means to do that, have walked across the border into Colombia.

“There, many women (and men) have been forced to turn to the world’s oldest profession – prostitution – to make ends meet.

“Sources report that in many towns, 99 percent of the local prostitutes are people who have fled Venezuela.

“Prostitution is legal in Colombia, and with so few jobs available, even doctors, teachers and other professionals have been forced to sell their bodies to put food in their children’s bellies.”

Any bets that Chavez right now, and Maduro in the hopefully not-so-distant future, is losing a fiddle contest to the Robot Devil?

This entry was posted in Progressives and tagged Communism, DOOM, Economy, New Feudalism, War on Women. Bookmark the permalink.

One Response to Modern Venezuela: Electoral Shenanigans, Bitcoin, and Hookers.