The Ottoman Empire practiced a form of slavery called Devshirme (دوشيرمه‎), whereby Christian children were bought or stolen, to be raised by the state and converted to Islam. The brother of Vlad Dracula, Radu, was one such infamous example, and Vlad’s real-life hatred and anger against the Turks underscores just how loathed that system was. 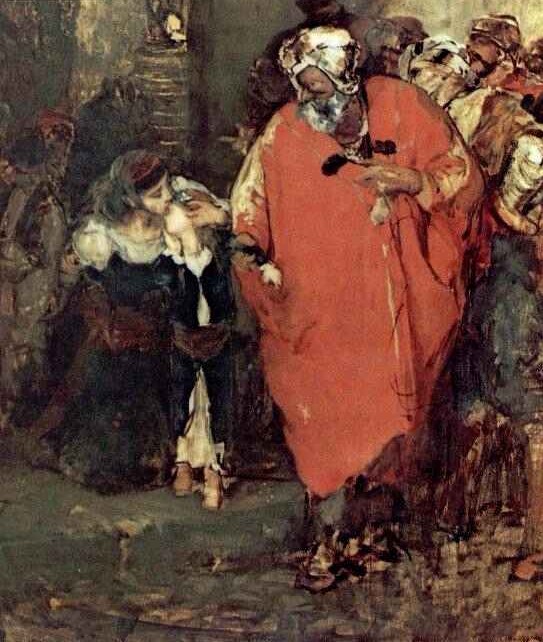 In modern day England, in infamously corrupt and Muslim constituency of Tower Hamlets has revived this practice:

“A white Christian child was taken from her family and forced to live with a niqab-wearing foster carer in a home where she was allegedly encouraged to learn Arabic.

“The five-year-old girl, a native English speaker, has spent the past six months in the care of two Muslim households in London. The foster placements were made, against the wishes of the girl’s family, by the scandal-ridden borough of Tower Hamlets.

“The five-year-old girl, whose identity The Times is protecting, with her present foster carer. Her mother is said to be horrified by the alien cultural, religious and linguistic environment in which her daughter has spent the past six months

“In confidential local authority reports seen by The Times, a social services supervisor describes the child sobbing and begging not to be returned to the foster carer’s home because ‘they don’t speak English’.”

“Her caregivers have forced her to remove her cross necklace, to learn Arabic, and is accompanied out of the homes with women wearing niqabs.
“…

“[T]he girl was not allowed to eat a carbonara meal because it had bacon in it (forbidden in Islam), and recorded claims she had her necklace and Christian cross pendant removed by one carer, and was allegedly encouraged to learn Arabic.

During a visit with her mother, the girl said she was told that ‘Christmas and Easter are stupid’ and that ‘European women are stupid and alcoholic’.”

As an added twist, while the mother says they are from a Christian background, the child’s maternal grandparents are “are of a Muslim background but are non practising”. And now the judge in charge of the case is considering “whether to allow the grandmother to take the child abroad to live. The grandmother [who requires a court translator] wants to return to her country of origin, according to the court documents”. All this despite court documents showing that “the girl was placed with foster carers who were ‘not culturally matched'”.

The sheer fact of the matter is that those of the Muslim faith are in positions of institutional power and privilege. Mass child rape gangs are given free rein and even assistance for as long as the local governments can get away with it, if for no other reason than to avoid the possibility of being accused of racism.

Little White Christian girls, especially from whore mothers who have abandoned the Islamic faith, are now the new Devshirme. Of course, there are plenty of non-White and non-Christian individuals who are just as disgusted by all this as any other sane and civilized person, but the actions of politically correct governments allow the worst to not only fester, but spread due to their unique protection and elevated status.

Does anyone really imagine that if the rolls were reversed, that those responsible would not right now be rotting in jails for committing “hate crimes”?

One Response to Devshirme of Britain