Fear And Loathing At the Nevada Democratic Convention

The chaos that erupted at the Nevada Democratic Convention has already been noted for outright violence.  Bernie Sanders supporters claimed that many of their delegates were denied entry, and that sudden rule changes were pushed through before the convention items were supposed to be voted on.

The Sanders campaign has openly condemned what went on vis a vis the machinations.

While some Leftwing pundits, like Nevada’s own Napoleon XIV½ Jon Ralston, defend what happened and belittle the Bernie supporters, it is nonetheless very clear that some Bernie Supporters are taking this way to personally and way to violently, up to and including death threats.  Specifically, death threats aimed at the state Democratic Chairwoman. 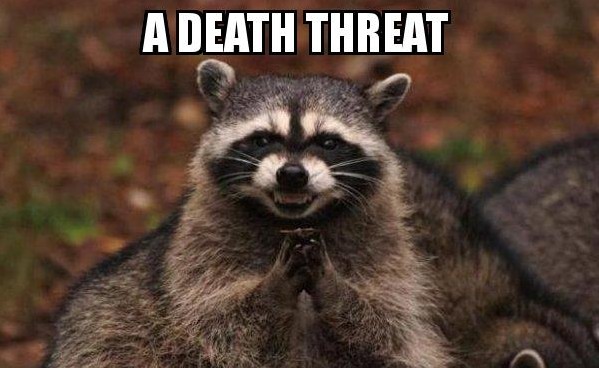 The DNC national convention will be entertaining to watch.  As the veritable Iowahalk put it:

P.S., for a report on what happened at the Nevada Republican Convention, check out the report by Wombat Socho.

This entry was posted in Elections, Progressives and tagged Democrats, Lulz, Mood Music. Bookmark the permalink.