At UCLA: Begging A Final Solution

Posted on December 7, 2015 by The Political Hat

Yet another race related walkout/protest occurred at UCLA against “‘racist, oppressive’ universities”… despite the fact that the university pushes “diversity” with a “diversity” vice-chancellor and special privileges and perquisites that discriminate against White on the per se basis of race while shoveling millions of dollars to student whiners to spout racial hatred.  The rhetoric “offered echoes of a race war“:

“[A] crowd of several hundred students swelled in the middle of the quad, many with signs declaring ‘solidarity with Mizzou.’ A large banner with images of the black youths killed in recent controversial police incidents was hoisted above the throng. Members of socialist groups passed out The Sparticist newspaper to students willing to take them.

“Another speaker, a graduate student at UCLA, told the crowd that black Africans are the ‘alpha and the omega.’ He said that all of civilization was birthed out of Africa, and black students should use this fact as a source of strength and black power.”

Not only is radical Leftist nonsense being passed around, but demanding a rewrite of history that would put the Thule society to shame.

“A second professor, who mentioned she held a position of leadership in the academic senate, reiterated past comments and added that one day she hopes to ‘see a classroom that looks like this,’ as she gestured to the gathered group of protesters, nearly all of whom were students of color.”

Having a “Diversity” Vice-Chancellor was not enough for some.  One professor demanded a “dean of white supremacy and black hate”.  Perhaps a Dean who could formulate a “final solution” to #Problematic Whiteness?  The mindset is there, if not openly publicized. 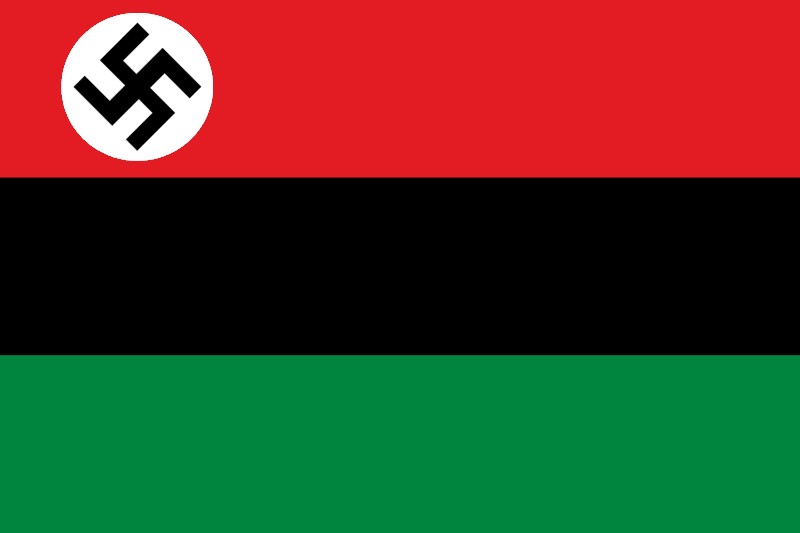 Ultimately this is about gaining power by pushing a religious fervor against a convenient boogie-man (i.e. the “Kyriarchy“, specifically “White Supremacy”) which exists only in their fevered imaginations:

“Afrikan Student Union leaders first led the crowd in chants, including ‘Bring down Babylon. Black students are the bomb.'”