“A man who had his face and eyeballs tattooed to look like his pet parrots has gone a step further – by cutting off his ears.

“Ted Richards, 56, is obsessed by pets Ellie, Teaka, Timneh, Jake and Bubi and has his face tattooed with colourful feathers.

“But the animal lover – who has 110 tattoos, 50 piercings and a split tongue – has now had both his ears removed by a surgeon in a six hour operation.” 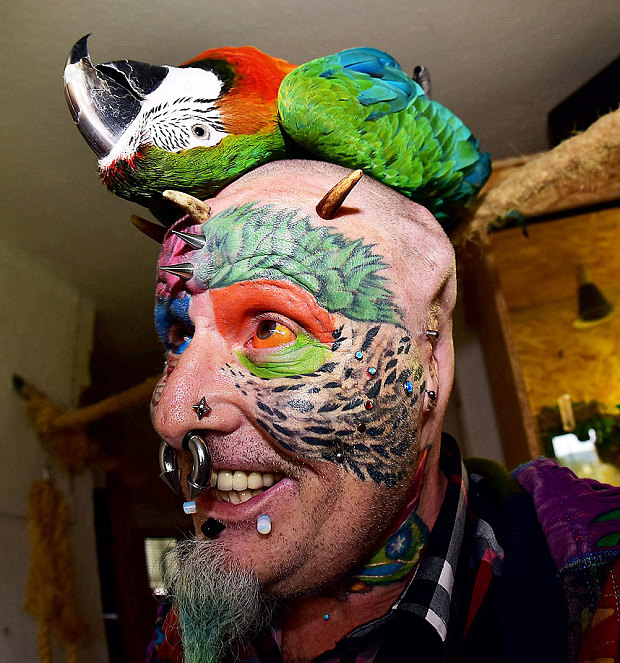 And just to prove that Special Little Snowflakes are not limited to millenials, the 56 year old freak, with a girlfriend young enough to be his daughter, said:

“But seriously, I love the fact that I’m unique and I have always wanted to be different.”

At this point, anything seem fair game…

This entry was posted in Progressives and tagged DOOM, Europe, FAIL, WTF. Bookmark the permalink.