Florists and bakers, who do offer service to gay individuals and couples, but simply decline to use their personal creative abilities to promote and endorse a same-sex ceremony, are condemned as H8rz.

However, outright refusing all service to Gay men is completely acceptable to the Social Justice Left… when those who have the privilege of being served are even more oppressed: 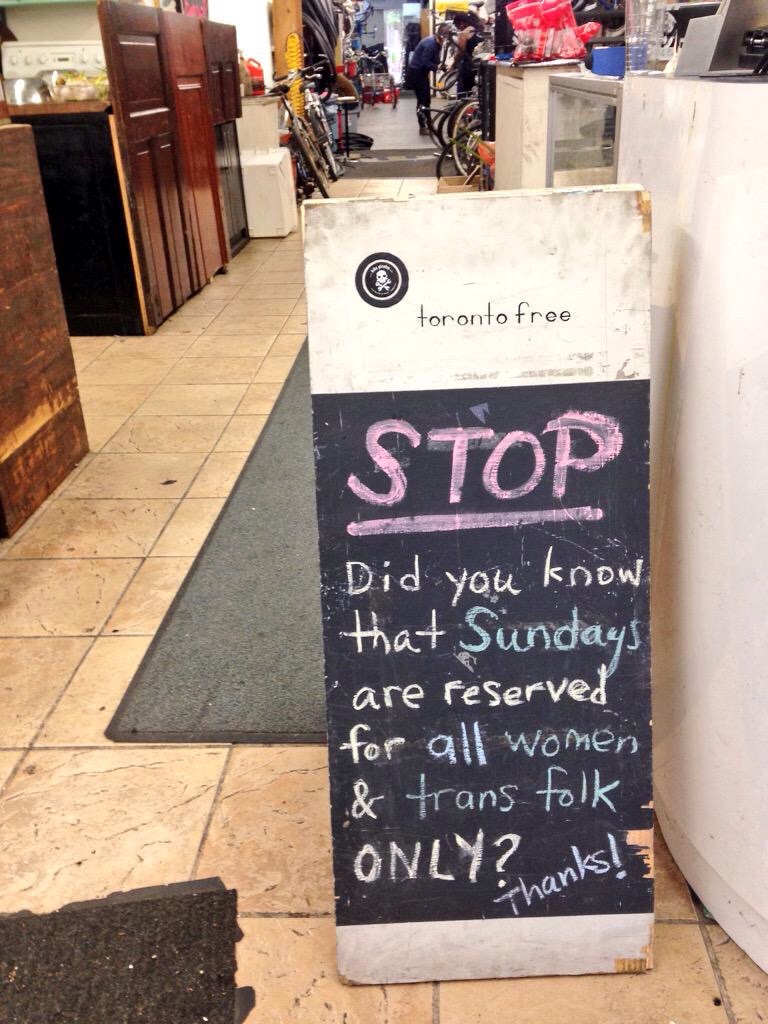 All “cis” men, both straight and Gay are being refused service based on their biological sex and their “gender identity”.

Funny how discrimination is totes cool when it’s aimed at “cis” men.  Looks like Gay men are the latest to be welcomed to the Kyriarchy…