The cries for gender “equality” tend to be hypocritical: Feminists whine about more men in engineering, while defending the female dominated non-science college majors.  But real equality, in the most extreme understanding, means than men and women have not only the same opportunities, but the exact same duties.  This of course includes being willing to fight and die in the armed forces.

“Women will eventually have to register for the draft if ‘true and pure equality’ is to be realized in the U.S. military, Army Secretary John McHugh said Monday.

“‘If your objective is true and pure equality then you have to look at all aspects’ of the roles of women in the military, McHugh said, and registration for the draft ‘will be one of those things. That will have to be considered.’

“McHugh said draft registration was not a subject to be decided by the services or the Department of Defense, and will ultimately have to be dealt with by Congress. He expected a “pretty emotional debate and discussion.”

“However, as more military occupational specialties are opened to women, the debate on Selective Service System registration was inevitable, McHugh said. ‘If we find ourselves as a military writ large where men and women have equal opportunity, as I believe we should,’ he said.”

Women have always been protected in some way or another in civilized societies from the horror of war, they concomitantly have not had the duty to sacrifice their lives.  While they had to send sons and husbands to war, they have not had to send themselves or their daughters to war. 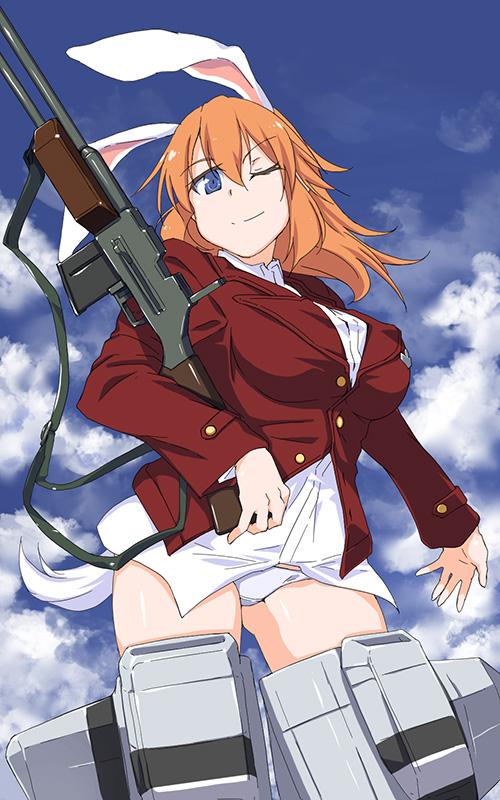 Women, of course, are quite capable of serving in the armed forces and contributing in a myriad number of ways.  Many women are capable of martial valor.  But women are not interchangeable with men and we should not expect them to be.  But if one insists that women are equivalent to men as an absolute truth, than there is no legitimate reason to not draft women and have them serve in the same life-threatening situations as men.

If the Feminists don’t like that, then they can shut up and “get back to the front”:

This entry was posted in Progressives and tagged Gender, Patriotism, Social Justice, War on Women. Bookmark the permalink.