The old lie that was pushed by Feminists was that they wanted to “liberate” women and “empower” them so that they could pursue whatever they wanted to do.  But as Feminism isn’t about “equality,” it isn’t about choice either; it is about destroying the status quo so as to allow some delusion of utopia to spontaneously pop-up. 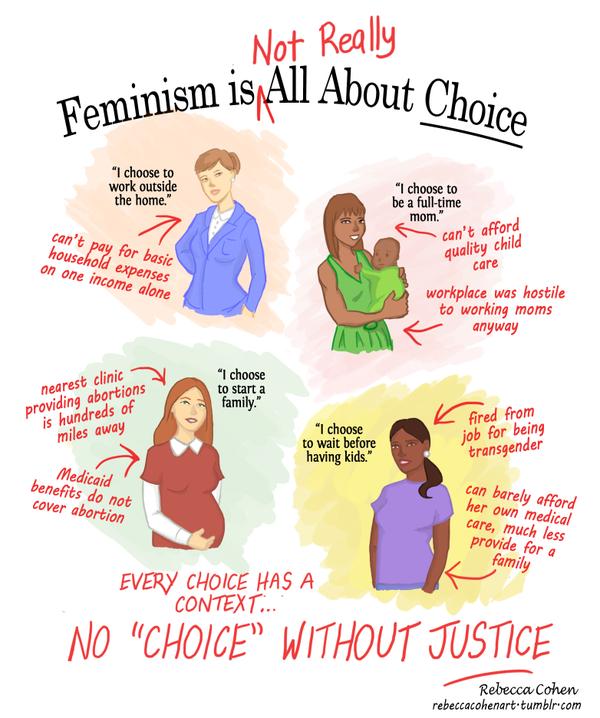 Feminism isn’t a choice between being stay-at-home mom or being a career woman.  In both cases it is because of oppression!

Having a baby? Isn’t “choice” supposed to be the holy grail of the Left?  Nope, no matter what, you are being oppressed, because what woman would want to have a child when they could sacrifice their little bundle of joy clump of cells to Moloch?

Feminism’s view of women can be summed up thusly: Where’s my sammich?

This entry was posted in Progressives and tagged Social Justice, War on Women. Bookmark the permalink.

4 Responses to Feminism ISN’T About Choice