Tom Cotton vs. Iran: The Law

Shouts of “treason” have risen from the Left over an open letter to Iran by Sen. Tom Cotton (R – AR), and forty-six other Republican Senators.  The central point of the letter was that anything Obama does isn’t frozen in stone: 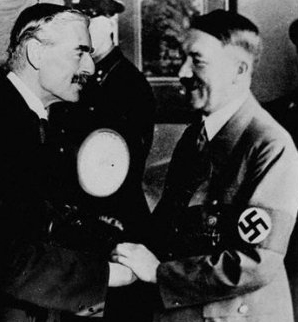 The Iranian Foreign Minister Javad Zarif replied that it was illegal to undo a sole-executive agreement signed by Obama:

“Zarif expressed astonishment that some members of US Congress find it appropriate to write to leaders of another country against their own President and administration. He pointed out that from reading the open letter, it seems that the authors not only do not understand international law, but are not fully cognizant of the nuances of their own Constitution when it comes to presidential powers in the conduct of foreign policy.

Unsurprisingly, the usual suspects gleefully declared that an agent of a tyrannical regime “schooled” Sen. Cotton.  But did they?

First it should be noted that Cotton is clearly referring to domestic law, and not international law.  Some claims that this is nonetheless “binding” on all future Presidents, Congress, and perhaps even the Supreme Court:

The cases (United States v. Belmont 301 U.S. 324 (1937) and United States v. Pink, 15 U.S. 203 (1942)), only establish that a sole-executive agreement can exist and be enforceable.  I does not declare the agreement immutable.  If recognizing the Soviet Union as a legitimate country (via the Litvinov Agreement) is such an exercise, then wouldn’t the recognition of the People’s Republic of China as China violate previous recognition of the Republic of China (Taiwan), especially as both existed and still exist today?

There are plenty of opinions contrary to Zarif.  Ironically enough, one such line of reasoning originates with Sec. of State John Kerry:

“Secretary of State Kerry  justifies this decision [that future Presidents are bound by such agreements] on the theory that the president has the inherent authority to execute foreign policy.

There is precedent for even treaties to be altered or abolished.  International agreements become Federal law, and Congress may exercise its power to alter or abolish such law, or the Supreme Court could rule it Unconstitutional, and thus void in whole or in part.

To state it succinctly:

“While presidents must have the authority to solidify foreign commitments, this power should not extend beyond the limits of their treaty-making power. This argument, like Professor Eule’s, is both a prudent recognition of the past’s inability to dictate the future, and a normative argument that it should be so.”

Of course, even then there is some disagreement on exactly what is enforceable as International Law.

Even in International Law,  the power to force the United States or future Presidents from acting contrarily is de facto limited. To put it bluntly:

This entry was posted in War & Terror and tagged Democrats, GOP, Obama. Bookmark the permalink.