How Can Anyone Be Oppressed, When Everyone is a H8r?

With the Supreme Court poised to impose Gay Marriage on America, one might think that gays, bisexuals, and lesbians might be venerated as trumping “oppression,” but you’d be wrong.

Gays, bisexuals, and lesbians are now the new oppressors.  Who are they oppressing?  Trannies!

It turns out that the idea of “Kyriarchy” has yet another intersectional layer of oppression in addition to sexuality, biological sex, and race: Trans-genderism, inclusive, of course, of any and all “genders” aside from the “cis-gendered”. 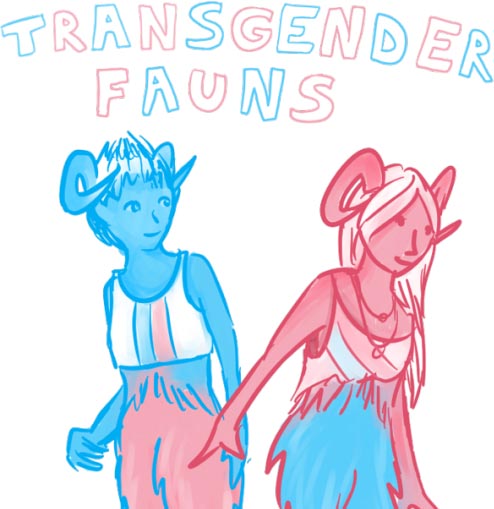 As a recap, “intersecionality” declares that “Kyriarchs” (i.e. Straight White cis-gendered X-tian males) oppress everyone else by getting them to oppress each other. For example a straight White woman oppresses gays and non-Whites, while a gay Black man oppresses women by being a man, and so on.  However, with “trans-ness” now included, not even being a Black lesbian is enough… you must support “cis-genderism” (i.e. thinking you are the gender that you actually are).

The “father of the British gay rights movement,” Peter Tatchell, has been declared “bigoted” and “transphobic” for not toeing the line when it came to “trans” talking points.  What evil deed prompted this?  An open letter signed along with many others asking for toleration of differing viewpoints.  And if anything, the hardcore Left hates toleration.

“Intersectional feminists and the trans lobby now regard only a very narrow set of views on gender as acceptable, and somehow those who critique the sex-industry are now considered ‘hateful’ to women and transsexuals, such that yesterday’s political correctness is now quite un-PC. Many prominent feminists have found themselves falling short of the new standards: Germaine Greer, who was almost no-platformed at Cambridge University last week for her alleged ‘transphobia,’ also signed the letter.”

He also committed the sin of criticizing Islam:

“These Islamist clerics are worse than the BNP – the BNP doesn’t advocate killing gay people, women who have had sex outside of marriage, and Muslims who turn away from their faith.”

Thatchell isn’t the only one who had turned from “righteous social justice advocate” to loathed oppressor.  Even king of the bullies Dan Savage was declared a “H8r” for just saying the word “Tranny.” Even a gay bar has been declared a den of oppressors for preferring manly “bears” rather than a trannies.

Perhaps this insanity can best be illustrated by one of Tumbr’s mentally ill special little snowflakes: 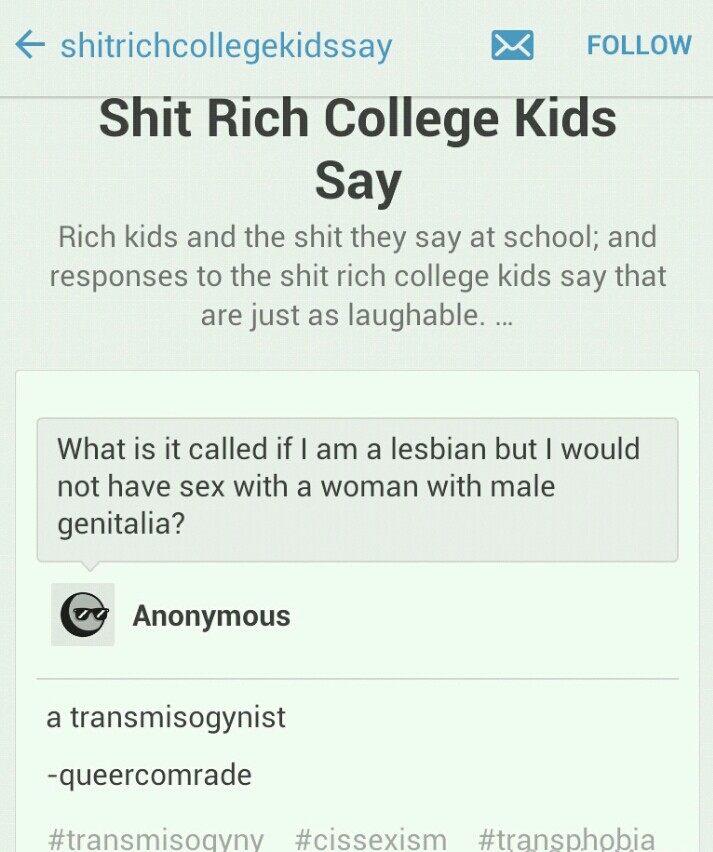 This entry was posted in Progressives and tagged DOOM, Gender, Social Justice. Bookmark the permalink.