A possible glimpse of the future that Obamacare, and potential single-payer system, can be seen in that toilet-paperless hellhole, Venezuela:

“The other nearly 200 public hospitals that existed when Chavez took office were largely replaced by a system of walk-in clinics run by Cuban doctors that have won praise for delivering preventative care to the neediest but do not treat serious illnesses.” 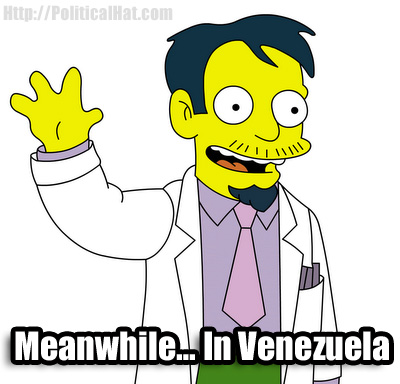 Is it any surprise that the country that could create scarcity of toilet paper was not competent to create a healthcare utopia?  socialized medicine necessarily means government rationing.  And the Venezuelan government is rationing to the point of practically banning needed healthcare goods:

“Driving the crisis in health care are the same forces that have left Venezuelans scrambling to find toilet paper, milk and automobile parts. Economists blame government mismanagement and currency controls set by the late President Hugo Chavez for inflation pushing 50 percent annually. The government controls the dollars needed to buy medical supplies and has simply not made enough available.

“Last month, the government suspended organ donations and transplants. At least 70 percent of radiotherapy machines, precisely what Gonzalez will need once her tumor is removed, are now inoperable in a country with 19,000 cancer patients – meaning fewer than 5,000 can be treated, said Dr. Douglas Natera, president of the Venezuelan Medical Federation.”

The frightening thing is, that the sheer and utter incompetence that the Obama administration has already shown, suggests that we should be so lucky as to not have something even worse than the Venezuelan system.

This entry was posted in Healthcare and tagged Communism, FAIL, Leviathan, Obamacare. Bookmark the permalink.