When Lack of Racism is Proof of Racism

It has long been true that any deviation from the Progressives vision of utopia is blamed on “oppression,” with racism being the usual suspect trotted out for condemnation.  When actual racism can not be found, the Progressive Left declare that it is there all along!  “Disparate impact” is the idea that if there is any statistical variance between racial groups, than that difference must be due to racism, even if this was due to racially neutral policies that were carried out in racially neutral way.  The left term this “institutional” racism and claim that all of American society is inherently false and oppressive, so proactive governmental Affirmative Action is necessary to create an equality of outcome. 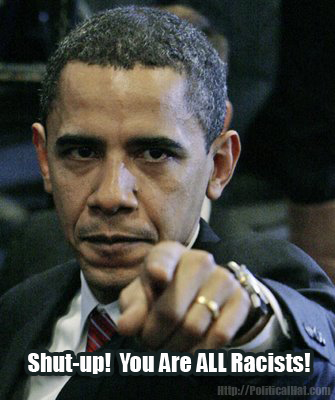 This creates a convenient excuse to engage in large-scale social engineering, as with the Obama administration’s “Affirmatively Furthering Fair Housing” plot to pack people into equally racially balanced urban rat cages.  This submission of private property rights, not to prohibit actual discrimination, but to enforce an artificial utopia of equal outcomes, is itself discriminatory:

“Before putting race-neutral policies into effect, government agencies would have to determine whether a particular racial group would be disproportionately impacted and take steps to remedy that difference. By mandating an equality of ends — as opposed to an equality of opportunity — disparate impact liability encourages the adoption of discriminatory quota systems.”

The Left is not stopped by lack of actual discrimination, nor will it be stopped even by lack of disparate impact, which is somehow seen as proof of disparate impact!  When the Supreme Court threw out the part of the voting rights act the specifically named certain states and counties as requiring oversight based on nearly fifty year old facts, they cited evidence that non-Whites actually were voting at a higher rate than Whites in many of these states and counties.  This was used as proof that the oversight was needed!  Thus the need for the Federal meddling is made eternal: If no actual discrimination is shown, then the lack of discrimination must be proof that the Federal meddling is required to stop the non-existent discrimination!

The Progressives will always blame racism, even if there is none.