Cher vs. the “Hallow Heads”

The late Sonny Bono’s former worse half, Cher, is a proud and outspoken Progressive; Cher is also a ranting fool.  She has recently went on a little Twitter rant about the reasons she is a Progressive.  One of the reasons was that she felt that people don’t need “hallow head bullets”

@gopfirecracker protected, that Iraq & Afghanistan wars were started with a lie, that u don’t need 30 round clips& hallow head bullets,

WTF is a “hallow head”?  It is a cross between a hammer head shark and a religious preacher? 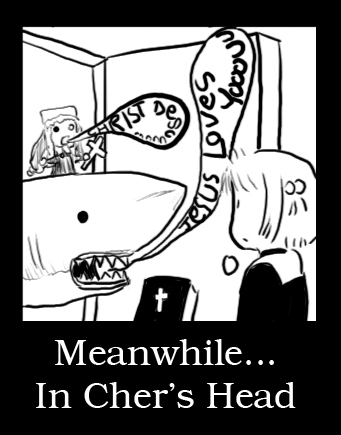 Alas, this is probably far more logical that what is actually going through Cher’s mind…