AP To America: “You Are All RAAACIST!”

According to the Associated Press, you, dear reader, are a RAAACIST if you happen to be white.  According to the online survey taken by the AP, which purported to measure explicit and implicit racism:

The AP also declared that “most Americans expressed anti-Hispanic sentiments, too. In an AP survey done in 2011, 52 percent of non-Hispanic whites expressed anti-Hispanic attitudes. That figure rose to 57 percent in the implicit test. The survey on Hispanics had no past data for comparison.”  The racism, of course, is declared to be harbored by Republicans, who clearly would never support blacks like Allen West, Tim Scott, or Mia Love; or who would never support Hispanics like Brian Sandoval or Susan Martinez… 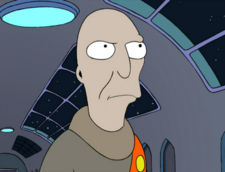 Pictured, the AP’s view of Asians.

This survey is the perfect example of bias confirmation, wherein the left declares that white people are necessarily racist, and then construct a survey to confirm their own bias.

For example, some of the questions asked are hardly racist at all, as S. Weasel clearly shows:

“‘Irish, Italians, Jews, and other minorities overcame prejudice and worked their way up. Blacks should do the same without special favors.’

“If you agree with that, you’re scored as a racist.

“Let that sink in a minute.

“If you think black people are just as smart and capable as Irish, Italians and Jews, you’re a racist. Phwaw. Ready? Question two:

“‘Generations of slavery have created conditions that make it difficult for Blacks to work their way out of the lower class.’

“Disagree with that, and you’re a racist. So if you think someone’s prospects are not blighted by something horrible that happened to his great-great-great grandparents, there’s just no other explanation for it: you’re a racist, sugar! The next three questions are pretty much variations on the “hard work = get ahead” theme from the first question.”

The “implicit” part of the survey is just as problematic:

“What about ‘implicit racism’? Has anyone ever experienced this in real life? No–by definition, because if it is experienced, it’s no longer ‘implicit.’ Can we really infer anything from people’s feelings about “an image of a Chinese character”? (Logograph? Cartoon? The article doesn’t even say.) These tests ‘measure’ a phenomenon that may not even exist, much less be quantifiable. The notion of ‘implicit racism’ is a political opinion dressed up as a scientific hypothesis.”

This entry was posted in Progressives, Uncategorized and tagged FAIL, Science. Bookmark the permalink.