Out: Academic Freedom. In: Academic Liberation By Woke Groupthink 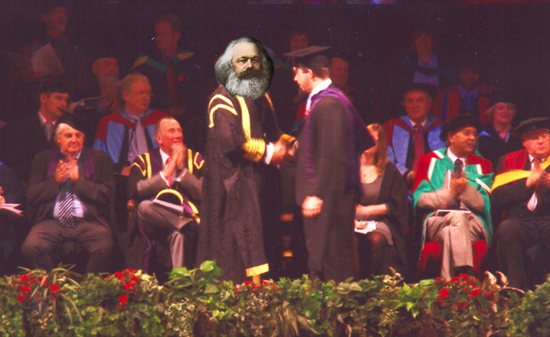 Meanwhile, at the UNC School of Medicine…

The entire concept of academic freedom, where tenured professors can’t be fired for unpopular—or even unwoke—ideas fails when colleges and universities prohibit the hiring of anyone who refuses to proactively and enthusiastically endorse wokeness and the “DIE” agenda (diversity, inclusion, and equity). The UNC School of Medicine is one such institution demanding fealty to wokeness.

Thread: For faculty seeking promotion and tenure, the UNC School of Medicine requires both "positive contribution(s) to DEI efforts" and a DEI statement.

The school has tried to downplay these requirements, but its own P&T documents reveal the obvious compelled speech issues. pic.twitter.com/wmtYrKZJiy

According the the promotion and tenure guidelines, these "DEI efforts" include:

As an appendix shows, at best, the requirement turns all faculty into adjunct DEI officers.

Creating critical studies departments is one thing, abet a horrible thing, but putting wokeness over objective medical—as is increasingly happening—science can and will get people killed.

This policy was prompted by the school's "Task Force for Integrating Social Justice Into the Curriculum," which issued a list of far-reaching DEI recommendations.

Even after pushback, the school mostly defended those recommendations, including the those that compel speech. pic.twitter.com/QMbP9X7tEm

The P&T guidelines also link to a list of example DEI statements. While a few are more benign, some include overtly ideological language.

In effect, the sample letters suggest to faculty that they should embrace these concepts (e.g. "intersectionality") or risk losing promotion. pic.twitter.com/k2UMe8lKek

The second letter mentions the school's Safe Zone training. I attended one of these trainings last year.

It was essentially a crash course in the ideology of gender self-identification. (Complete with a nod to pediatric transition.) pic.twitter.com/Q0VYresILw

In short, the UNC School of Medicine has implemented a promotion and tenure policy that violates academic freedom and creates serious issues of compelled speech. And on top of that, the policy rewards the promotion of a ludicrous ideology.

Take two privilege self-checks and don’t call me in the morning, h8r!

One Response to Out: Academic Freedom. In: Academic Liberation By Woke Groupthink