All Your Data Are Belong To Us (“Us” Being Google)

Google, known for the most ironic corporate slogan ever (“Don’t Be Evil”), has accumulated the true wealth of the internet age: Information. Though we have repeatedly and often been reminded of the dangers of a neo-fuedalistic oligarchy, most have ignored that and soled their very being for a thirty pieces of apps and online quips. Oh, not only is the information you are voluntarily giving them allowing them to manipulate public policy, but also all the information that you never intentionally gave them being used by them for their own machinations.

One of the promises of Obamacare and similar such legislation was a promise that medical information could be easily accessed by your doctors at all time regardless of where you are or if they were the doctors who even contributed to your medical history. Such ease of access to allegedly save you life was offered with that very same promise that is wouldn’t “be evil”.

Turns out, yeah, it was evil. 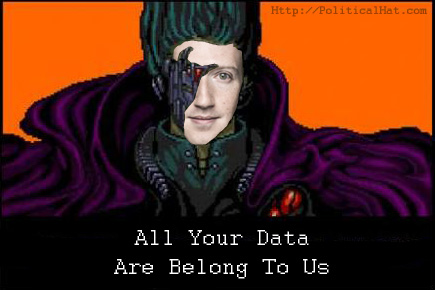 This entry was posted in Progressives and tagged New Feudalism, Social Justice. Bookmark the permalink.