Senate Majority leader Harry Reid pushed a Constitutional amendment that would have gutted the 1st amendment.  Thankfully, it failed.

The arguments for it loudly declared that “MONEY ISN’T SPEECH” and thus that restricting how or even if one spends money on political speech does not limit that speech.  This is facially false: If one limits the means by which speech communicated, you limit the speech.

But this is just another example of limiting speech by redefining what free speech is.

Already we see the Left using the state compelling others to use their “personal creative abilities to promote and endorse a same-sex ceremony,” while at the same time trying to declare that “H8 speech” isn’t free speech and rather akin to shouting “fire” in a crowded theater.

“Free Speech,” then, is reduced to whatever speech the state deems acceptable, to be expanded or contracted when it is useful to do so.  This is yet another example of the “war on words”:  If you can’t get around that pesky letter of the law called the 1st Amendment, then you just redefine the terms until they are suitable. 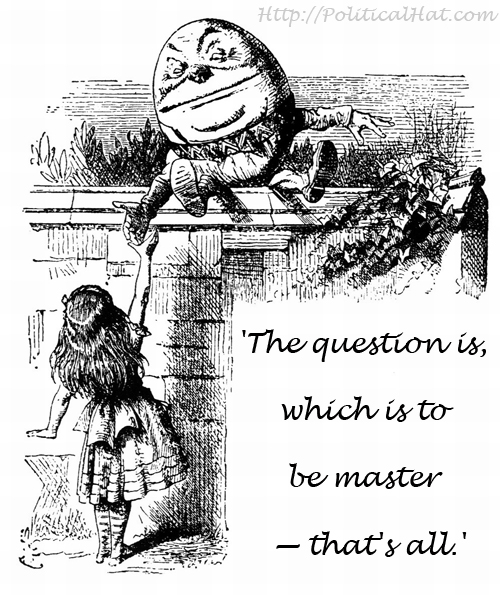 This entry was posted in Progressives and tagged Democrats, FAIL, NVSen. Bookmark the permalink.

One Response to Redefining Free Speech